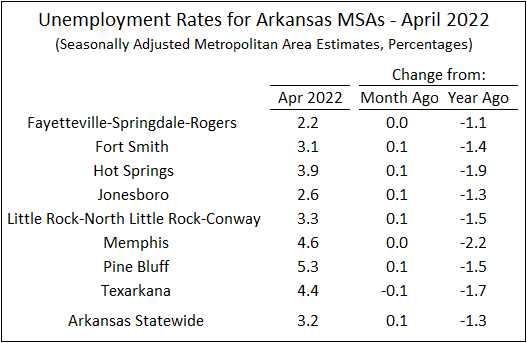 Differences remain among metro area unemployment rates.  Rates are the lowest In Northwest Arkansas and Jonesboro, with Fort Smith and Little Rock approximately equal to the statewide average.  Hot Springs, Memphis, Pine Bluff and Texarkana remain higher than either the statewide or national averages. 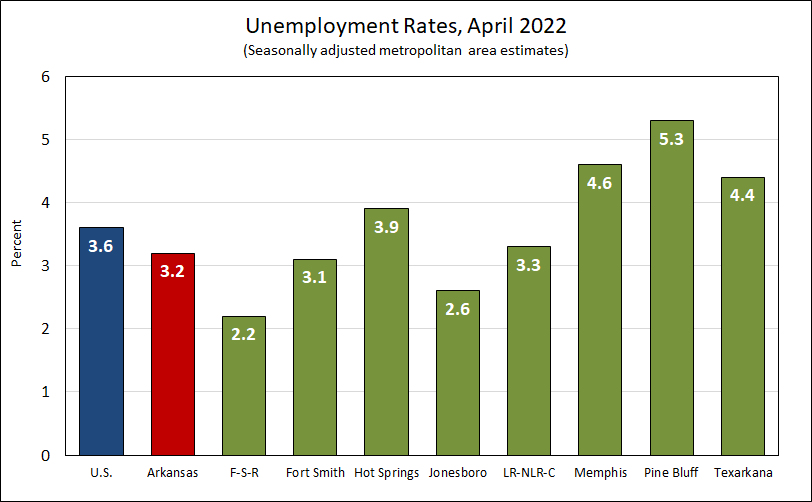 Payroll Employment
Nonfarm payroll employment showed mixed changes across metro areas in April. Employment was down slightly in Fort Smith, and down 0.3% in both Hot Springs and Jonesboro.  Other metro areas showed increases for the month, with Little Rock registering the largest proportional increase (0.5%). 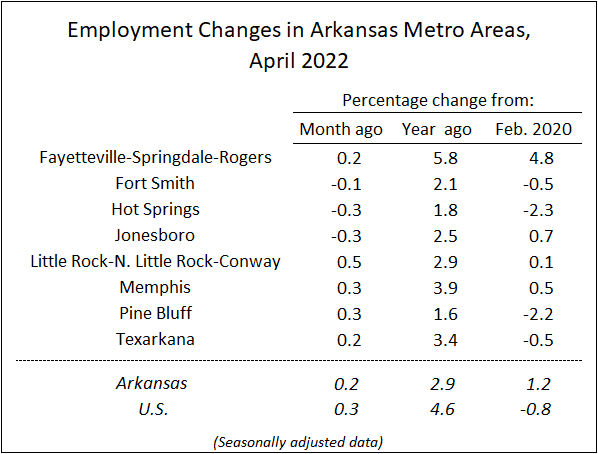 Compared to a year ago, employment is higher in all of Arkansas’ metro areas, the the fastest growth in Northwest Arkansas (5.8%).  Employment still lags pre-pandemic levels (as of February 2020) in Fort Smith Hot Springs, Pine Bluff and Texarkana.