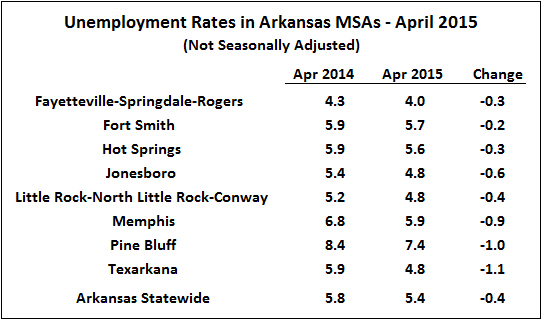 The data are  now fully revised to reflect new estimation methodologies and data sources, as well as changes in the definitions of metropolitan areas.  However, smoothed seasonally adjusted estimates have not yet been updated, so meaningful month-to-month comparisons are not possible.

Payroll Employment
Recent changes in payroll employment have been mixed.  From March to April, both Fort Smith and Jonesboro saw rather sharp increases — up 1.0% and 1.1%, respectively (seasonally adjusted).  Smaller gains were reported for Fayetteville, Little Rock and Memphis.  The other metro areas experienced month-to-month declines.  Over the past 12 months, employment in Pine Bluff has continued to decline and has been basically unchanged in Texarkana.*  Year-over-year net job growth has been positive elsewhere.  Nevertheless, total employment remains below pre-recession levels in 5 of the 80metro areas that include parts of Arkansas. 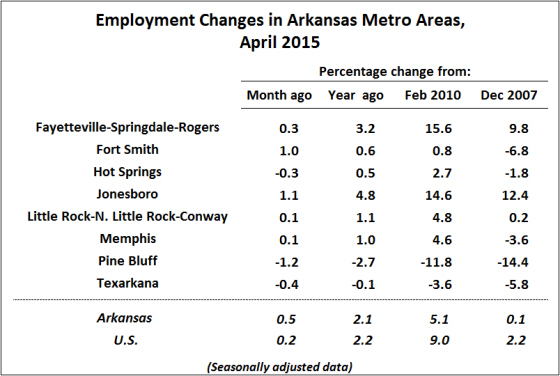