The latest statistics from the Arkansas Realtors® Association show a small increase in Arkansas home sales in September.  Sales of new and existing homes were 3,103 for the month, up 0.1% compared to the previous year.  For the first 9 months of the year, sales totaled 27,106, up 4.4% compared to same period in 2016.  As shown in the figure below, September marks the start of the end-of-year slowdown in home sales.  If sales during the remaining three months of the year turn out to be unchanged from 2016, the end-of-year cumulative total for 2017 would still be up by over 3%. 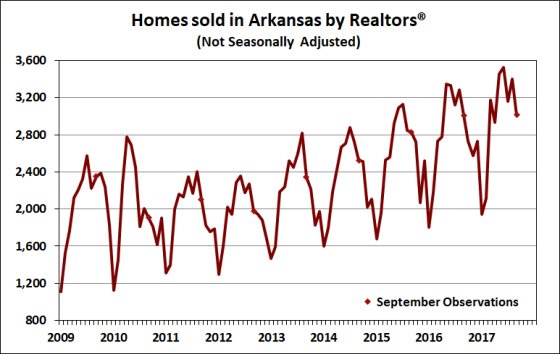 After seasonal adjusting the data and aggregating from monthly to quarterly data, the underlying trends are more readily observed (see below).  Although the seasonally-adjusted third quarter figure represents a decline from the first half of the year, there is no clear evidence of a persistent slowdown.  Nevertheless, with the sales pace having recovered to pre-2007 levels, it would not be surprising to see some leveling-off of sales growth in the near future. 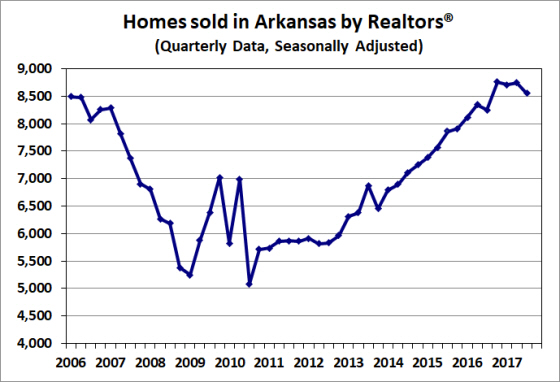