State-level GDP data for the first quarter of 2018 showed zero growth in Arkansas, placing the state 49th among the 50 states (North Dakota experienced a decline of 0.6%).  The comparable value for U.S. GDP growth in Q1 was 1.8%. 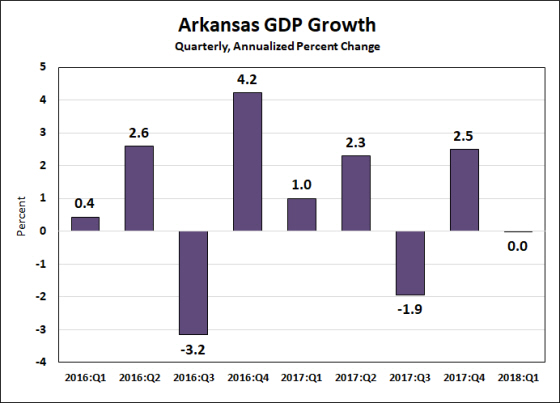 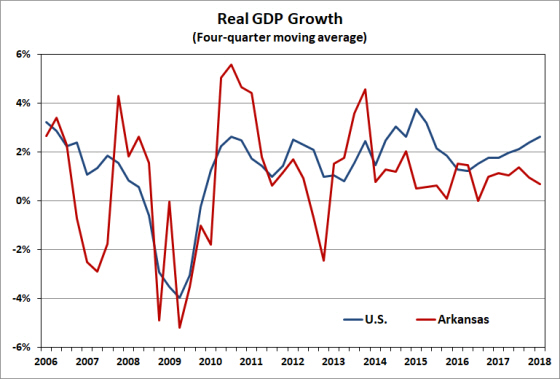 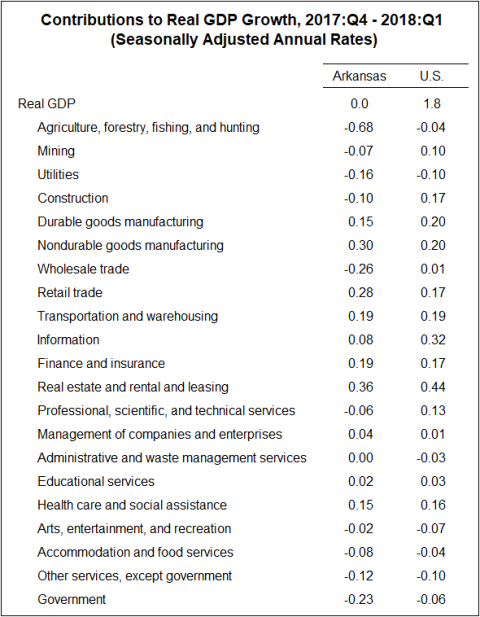 The slow growth of Arkansas GDP in recent quarters is cause for some concern, but the initial quarterly estimates are subject to considerable revision.  Just six months ago the data were showing Arkansas outpacing the nation with a four-quarter growth rate of 3.6% (2016:Q3-2017:Q3).  The latest information show Arkansas growth rate to have been only 1.4% over that same period.

Later this week (July 27) the BEA will release statistics from the latest comprehensive update for national GDP, but the state-level revisions will not be available until the next quarterly release date on November 14.   Until then, this latest release represents the best information available, and it suggests that the Arkansas economy got off to a relatively slow start in 2018.