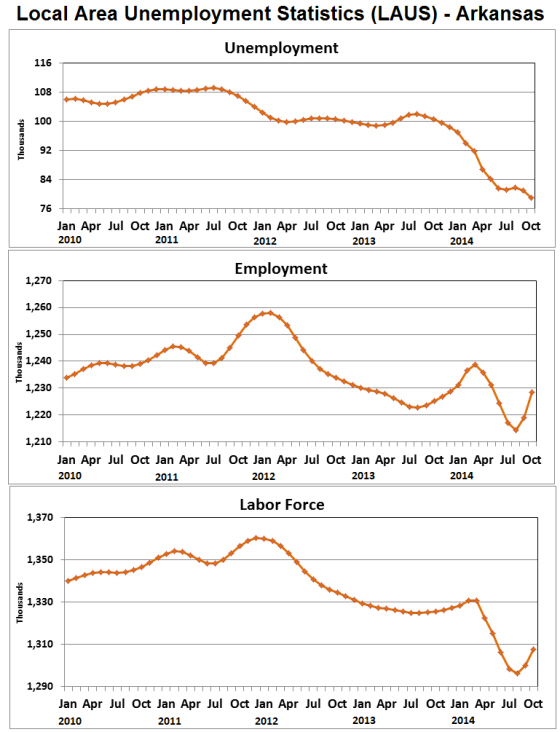 Payroll Survey
Data collected from the state’s employers shows a small monthly increase in employment in October.  Nonfarm payroll employment expanded by 800 in October, and is up 14,200 from the previous year (seasonally adjusted).  Notable monthly increases were reported for Manufacturing, Transportation & Utilities, and Education & Health Services.  Employment in Wholesale and Retail trade contracted from September to October. 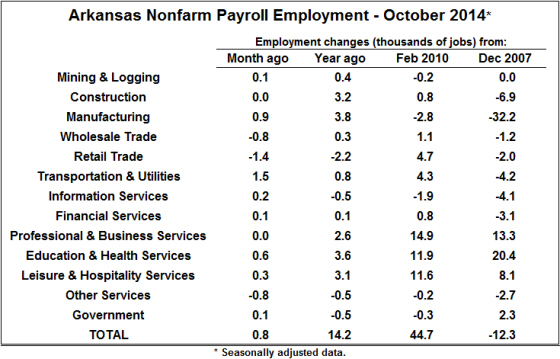 Since the employment trough of 2010, the official data show an increase in payroll employment of 44,700, still 12,300 lower than before the 2008-09 recession.  As we reported last month, however, the payroll data for late 2013 are likely to be revised down by approximately 9,400 jobs when the annual benchmark revisions are released in early 2015.  Taking into account these expected revisions, Arkansas payroll employment has increased by approximately 35,300 since February 2010, and remains 21,700 below the level recorded in December 2007.