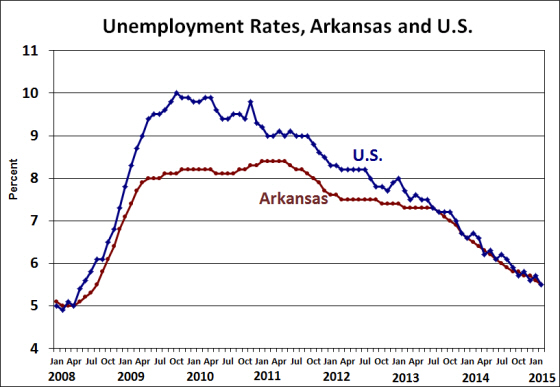 The underlying components of the unemployment rate–derived from the household survey–continue to trend in positive directions.  The number of unemployed Arkansans was estimated to have declined by 858 from January to February, and has fallen by more than 10,000 over the past 12 months.  Meanwhile, the number of employed increased by 5,750 for the month and is up by nearly 43,000 since February of 2014.  The strong gains in employment have also driven labor force participation higher.  The labor force was up by 4,900 for the month. 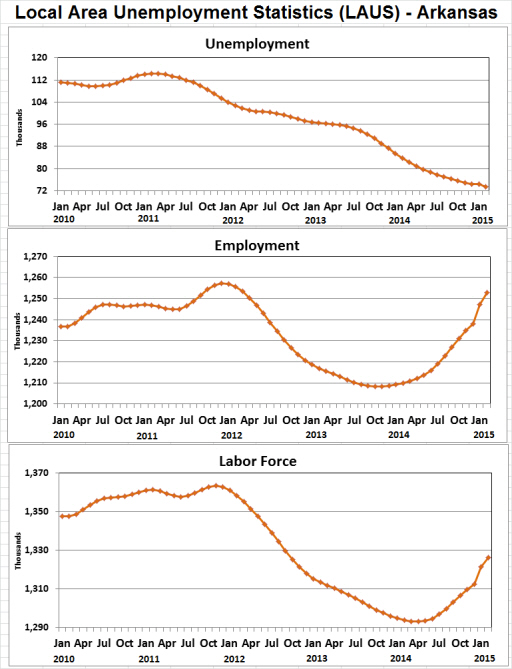 Payroll Employment:
Total nonfarm payroll employment was up by 5,200 for the month (seasonally adjusted).  The gains were largely attributable to increases in two service sector categories:  Professional & Business Services (+2,100) and Leisure & Hospitality Services (+3,100).  Changes in other sectors were mixed.  Manufacturing employment showed a disappointing loss of jobs (-1,800), but construction employment was up for the fourth consecutive month.   From February 2014 to February 2015, total payroll employment has increased by 29,400 — a growth rate of 2.5%. 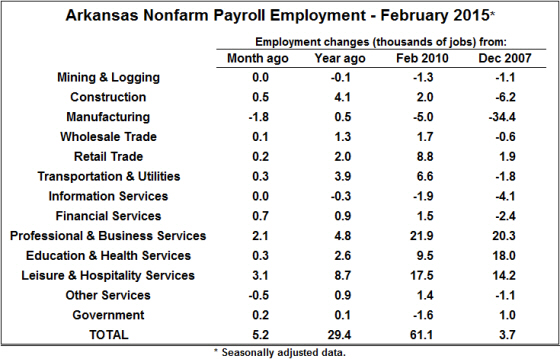 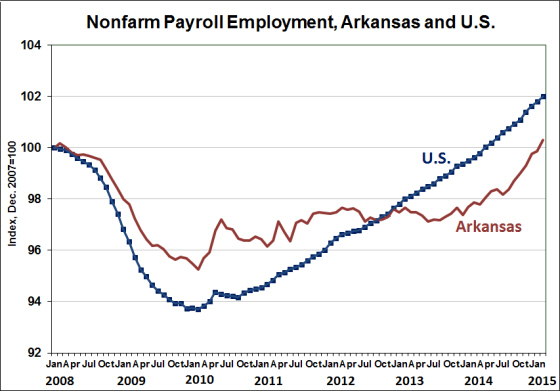