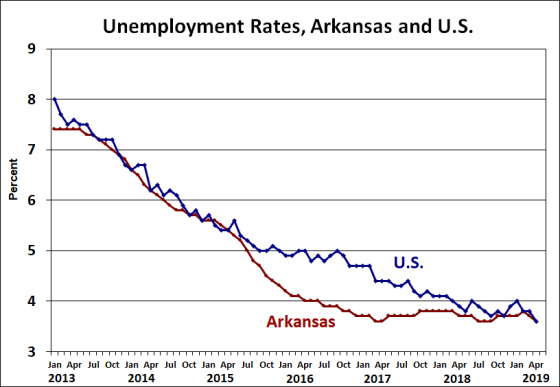 The April report showed a decline of about 1,100 in the number of unemployed Arkansans, pushing the total back below 50,000.  The number of employed increased by 2,100, implying an increase in the labor force of approximately 1,000 people.  Over the past 12 months, the data from the household survey indicate an increase in Arkansas employment of approximately 10,700. 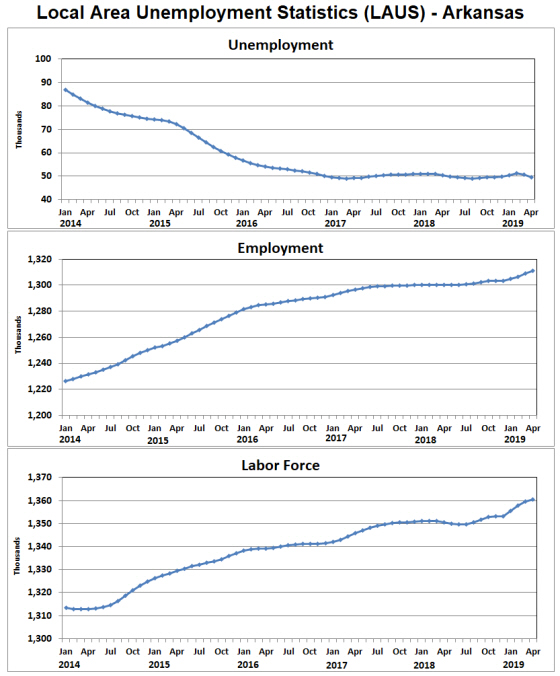 Payroll Data
Nonfarm payroll employment was reported up by 200 in April, a relatively small increase on top of a small upward revision to the March data (seasonally adjusted).  Goods-producing sectors accounted for all of April’s net job growth, with service-providing sectors unchanged overall.  Manufacturing employment was down 1,200 for the month.  Nevertheless, growth in manufacturing over the past 12 months still accounts for over a quarter of net job creation.  Wet weather this spring has constrained some construction activity, but construction employment was up by 1,400 jobs in April. 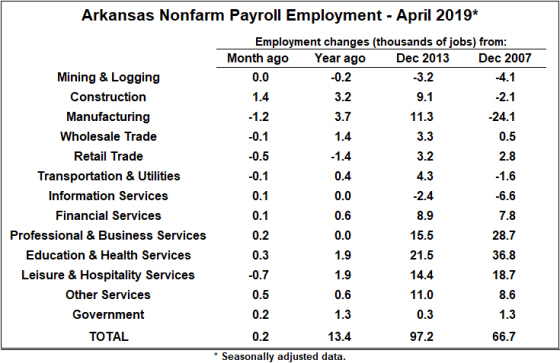 From April 2018 through April 2019, payroll employment has expanded by 13,400 – approximately 1.1%.  Over half of the increase is attributable to goods-producing sectors (manufacturing and construction).  Among service-providing sectors, most of the growth over the past year has come from Education & Health Services and Leisure & Hospitality Services, both up by 1,900 jobs.  Professional & Business Services, which had been the fastest-growing sector for most of the current economic expansion, appears to have leveled-off, with zero net growth over the past 12 months.