One should always be cautious about placing too much emphasis on data for a single month, but the state employment report for August (released this morning by the Bureau of Labor Statistics) includes several encouraging signs for Arkansas.  Among the highlights of the report: 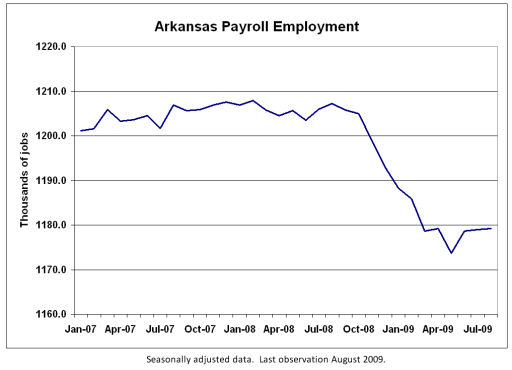