The Bureau of Economic Analysis reported yesterday that Personal Consumption Expenditures (PCE) rose by 3.9% in Arkansas in 2016.  Nationwide, the growth rate was 4.0%.  PCE is not adjusted for inflation, so after accounting for a 1.2% increase in prices from 2015 to 2016, Arkansas real PCE increased by about 2.7%.  As shown in the figure below, Arkansas PCE has been increasing at a slower pace than the national averages since 2012. 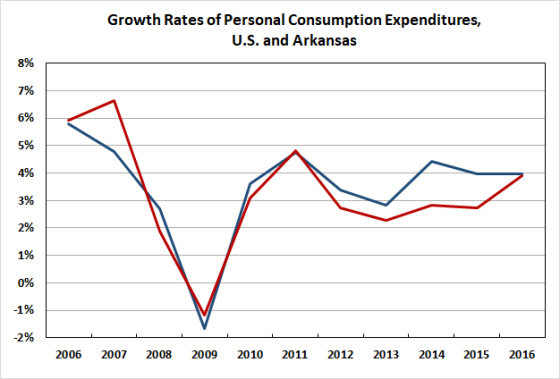 The fastest-growing components of PCE in Arkansas included Health care (+7.0%), Other nondurable goods (+6.8%), and Food services and accommodations (+5.6%).  The only category of spending to decline from 2015 to 2016 was Gasoline and other energy goods, which was affected by declines in gasoline prices. 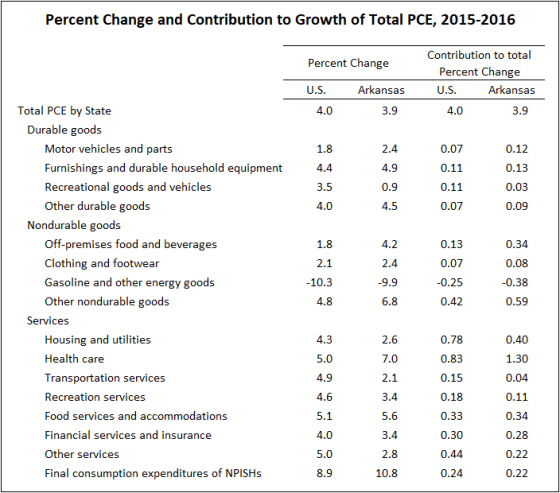 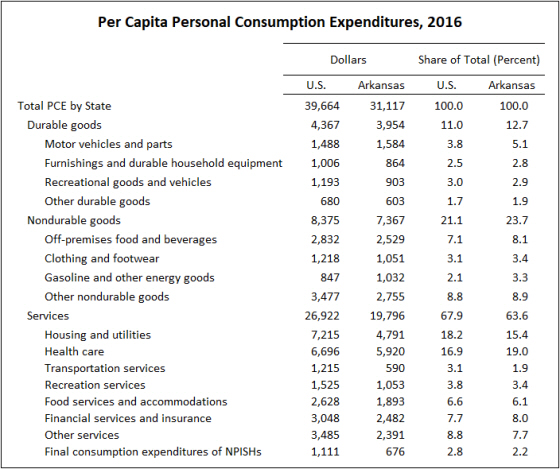