As noted in earlier posts, the MSA data are not seasonally adjusted by BLS.  The unadjusted data show that unemployment rates rose slightly or remained steady in October.  However, October is a month in which seasonal movements typically result in a falling unemployment rate.  After accounting for this recurring pattern, seasonally-adjusted measures show increases in the range of 0.4 to 0.6 percent.

The table below summarizes the MSA unemployment rate data for October. 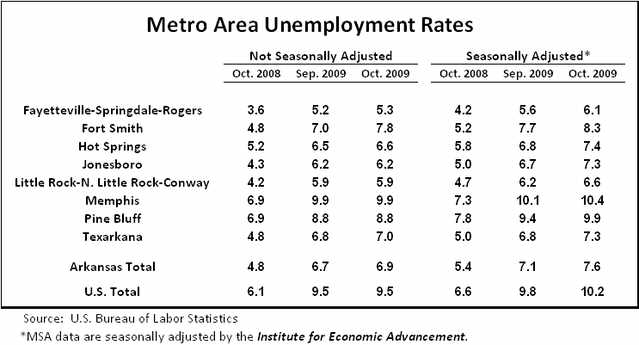