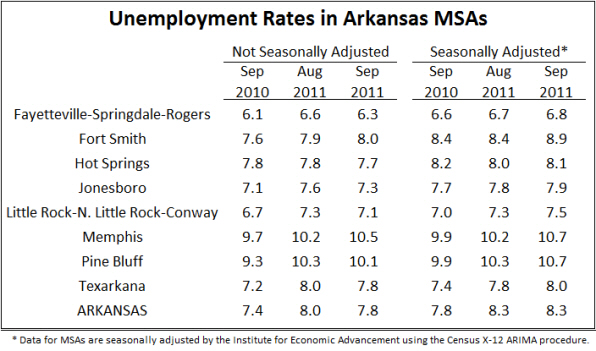 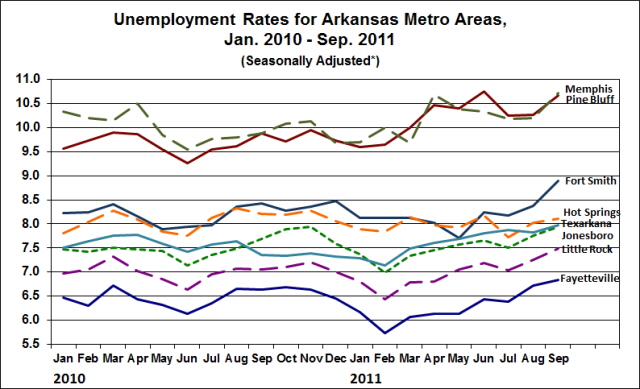 Source: Bureau of Labor Statistics; Seasonally adjusted by the Institute for Economic Advancement.