Unemployment rates in Arkansas metro areas fell sharply in November, adding to declines registered in October.  The newest data, released this morning by the Bureau of Labor Statistics, show unemployment rates down in each of the Metropolitan Statistical Areas (MSAs) that include parts of Arkansas. The raw data (which are not seasonally adjusted) generally understate the magnitude of the declines. After seasonal adjustment, the declines in November ranged from -0.2% in Fort Smith to  -0.9% in Memphis.  For the two months of October and November, unemployment rates were down by at least one-half of a percentage point in all eight MSAs. 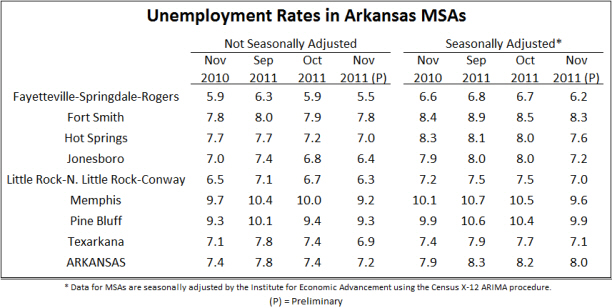 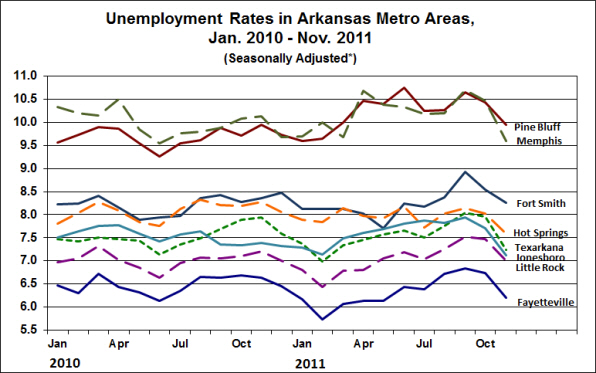