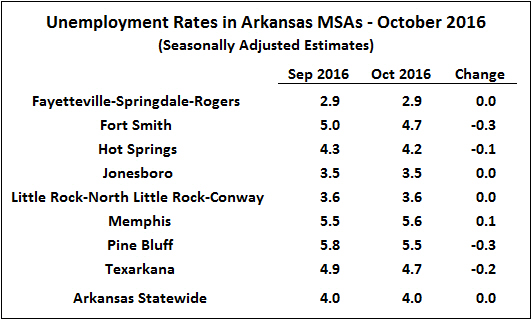 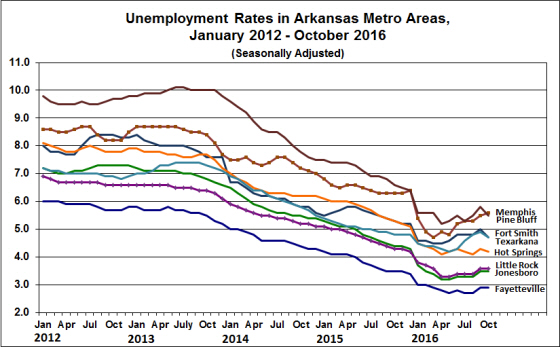 Payroll Employment
Data on nonfarm payroll employment was mixed.  Employment was higher in Memphis, Fort Smith and Little Rock, but declined in Jonesboro, Hot Springs and Pine Bluff.  There was no change in Fayetteville and Texarkana. 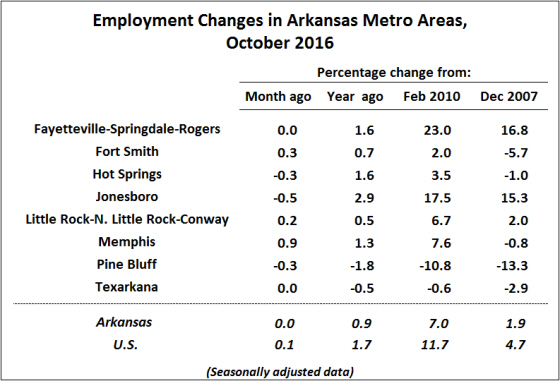