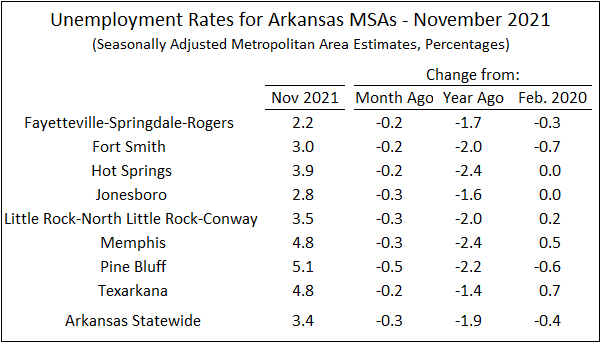 Payroll Employment
Changes in nonfarm payroll employment were more mixed, with sharp increases in Northwest Arkansas, Memphis, Pine Bluff and Texarkana.  Employment  was unchanged for the month in Little Rock and Fort Smith, and declined in Hot Springs and Jonesboro.  Employment in the Fayetteville-Springdale-Rogers metro area is now nearly 4% higher than before the pandemic/recession.  In the rest of the state, however, employment remains below pre-pandemic levels.  Hot Springs, Little Rock and Texarkana are have employment totals that are more than 3% lower than in early 2020. 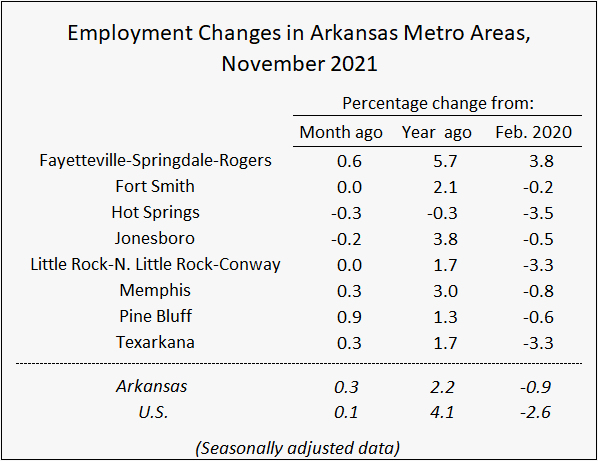 As shown in the figure below, the spread in unemployment rates among Arkansas metro areas continues to reflect the relative impact of the Covid-19 Recession.  Metro areas that were among the hardest hit, including Hot Springs, Little Rock and Texarkana remain at the low end of employment growth.  Pine Bluff and Fort Smith, which lost relatively fewer jobs during the recession, are faring relatively well.  As usual, Northwest Arkansas is something of an outlier, with post-pandemic growth rates far exceeding the rest of the state. 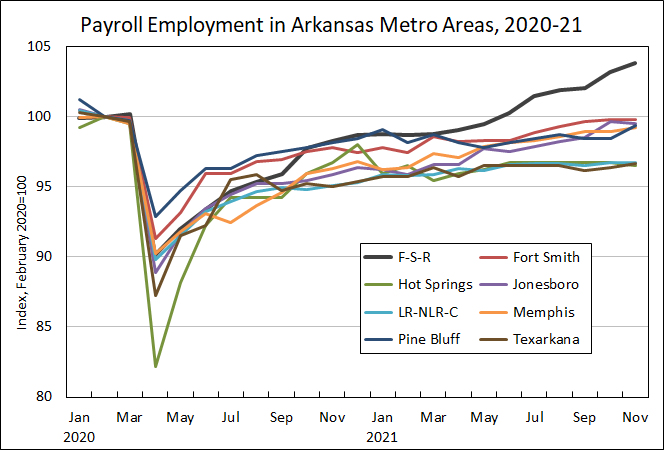