Metro Area Employment and Unemployment – May 2017 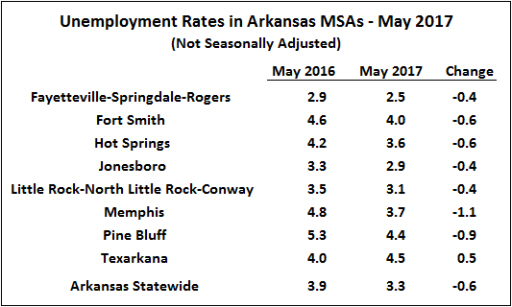 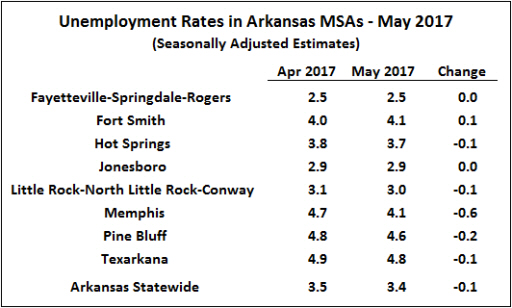 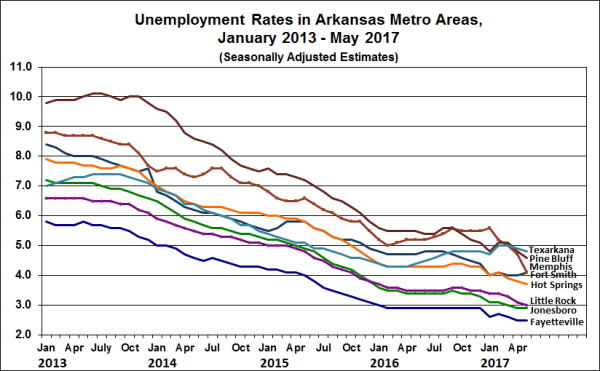 Payroll Employment
Nonfarm payroll employment increased in five metro areas in May, declining in the other three.  Pine Bluff saw a one-month increase in employment of 1.2%, bringing the total back up to the same level as a year ago.  Little Rock’s employment ticked down 0.1% in May, and is little changed from a year ago.  The fastest-growing employment markets in the state continue to in the Northwest and Northeast corners of the state.  Employment in the Fayetteville MSA was up 0.8% in May, and is 4.3% higher than a year ago.  In Jonesboro the one-month increase was 0.2%, corresponding to a 2% increase from May 2016.  These two metro areas remain the only parts of Arkansas in which employment is significantly higher today than before the 2008-09 recession. 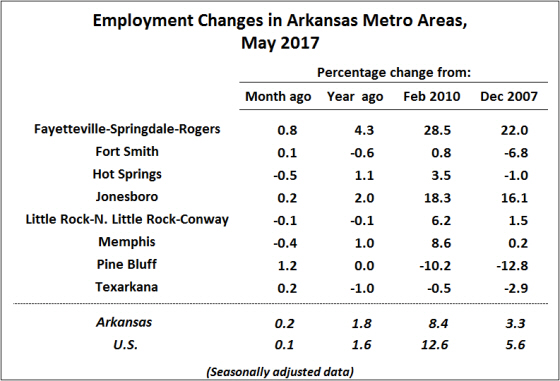