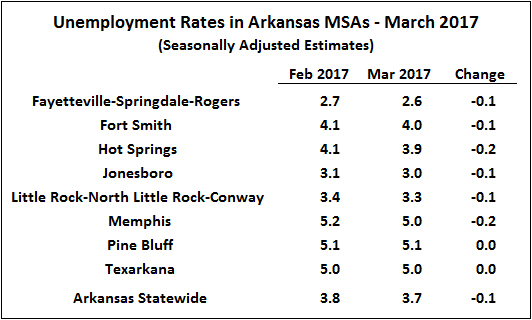 Compared to twelve months earlier, rates are down approximately one-half of a percentage point in most of the state’s metro areas.  Unemployment in Memphis is the same as it was a year ago.  In Texarkana, the unemployment rate was on the decline through early 2016, but has edged up by one-half of a percentage point since March of 2016.  The figure below shows current rates and recent trends for unemployment rates in metro areas around the state. 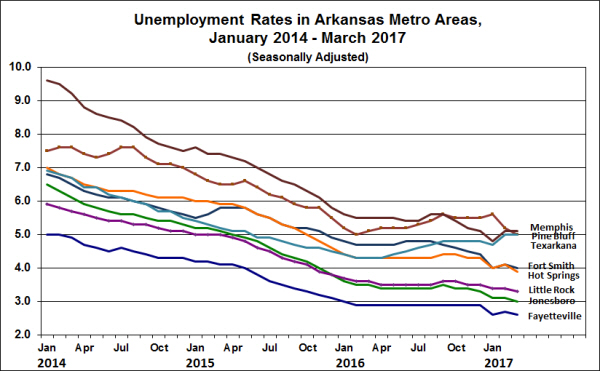 Payroll Employment
Statewide nonfarm payroll employment was essentially unchanged in March.  Monthly changes in the state’s metro areas were mixed.  Fort Smith and Jonesboro both saw declines of over 1 percent.  Employment in other metro areas was up slightly.  Over the past year, Pine Bluff, Texarkana and Fort Smith have seen zero or negative employment growth, while the other MSAs have seen employment expand.  The Fayetteville metro area continues to exhibit the strongest growth in the state. 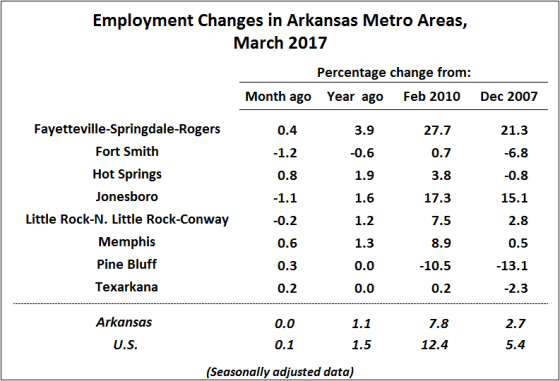 Over the longer run, employment growth trends have diverged significantly during the current economic expansion.  Fayetteville and Jonesboro have grown steadily since the end of the great recession, but other metro areas have experienced slower growth.  Among the state’s other metro areas, only Little Rock and (as of this month) Memphis have surpassed pre-recession employment levels. 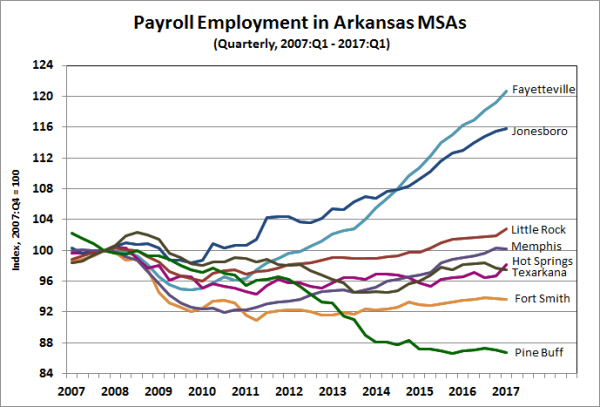