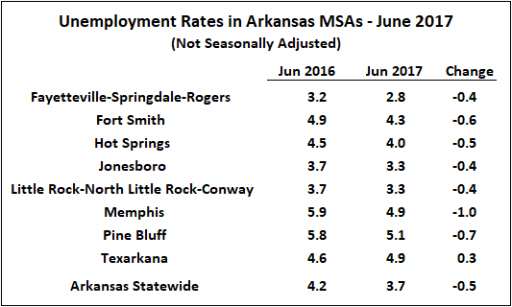 From May to June, seasonally adjusted estimates indicated that unemployment rates were unchanged or up slightly in most of Arkansas metro areas.  Texarkana was the outlier in this comparison as well, with an unemployment rate decline of 0.1 percentage points. 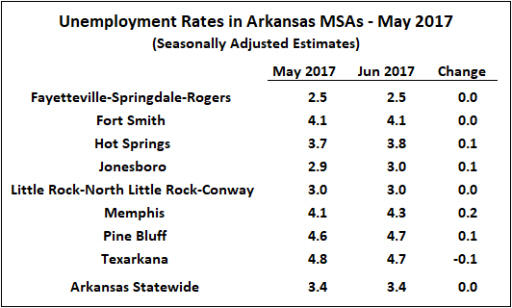 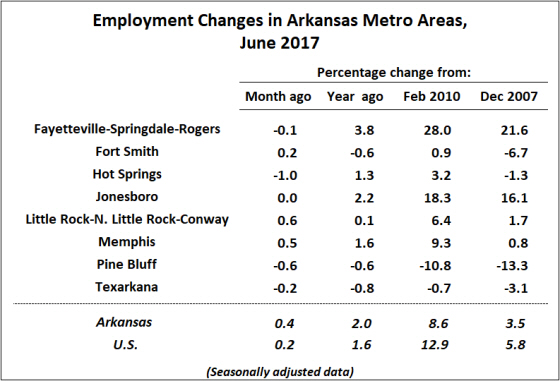 The figure below illustrates the wide range of employment growth patterns over the past decade.  Only four of Arkansas metro areas have higher employment totals than at the start of the 2008-09 recession and only Fayetteville and Jonesboro have experienced significant growth.   Since the employment trough of 2010, most of Arkansas metro areas have experienced at least some positive growth, with the exception of Texarkana and Fort Smith (both essentially unchanged) and Pine Bluff (down nearly 11%). 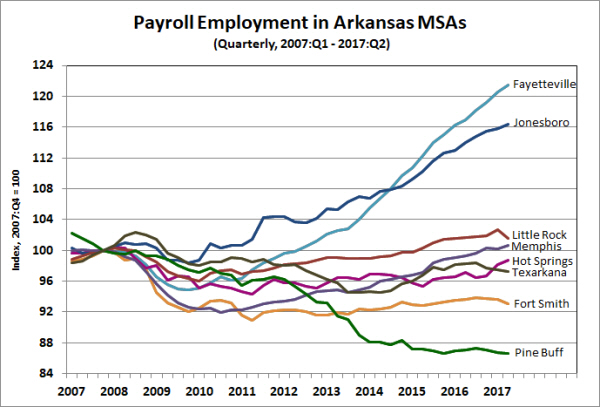