The July report on metro area employment and unemployment that came out this morning showed continued improvement in Arkansas labor markets following the pandemic-related downturn in March and April. 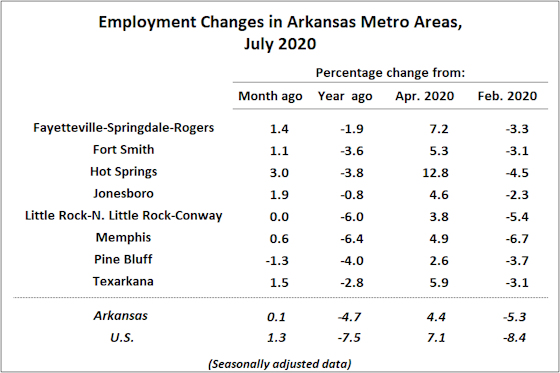 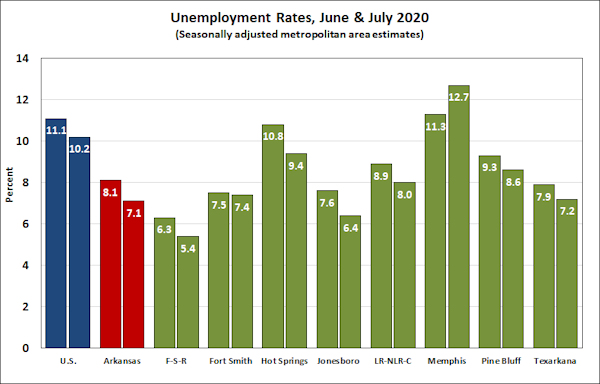