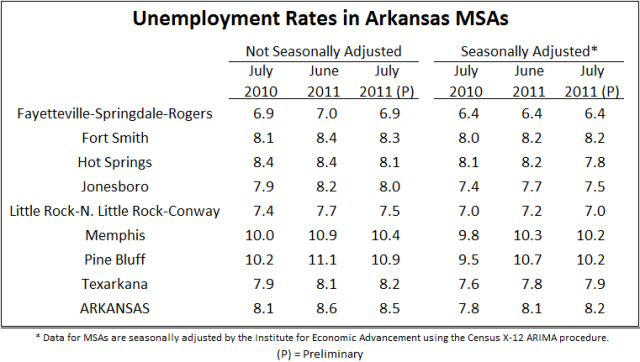 The Bureau of Labor Statistics reported that unemployment rates in July were lower than a year earlier in 257 of the nation’s 372 MSAs, higher in 94, and unchanged in 21.  Here in Arkansas, only Hot Springs shows a lower unemployment rate than in July 2010.

The figures for nonfarm payroll employment in Arkansas’ MSAs show mixed results for July:  Compared to the previous month, employment declined in Fayetteville, Fort Smith and Texarkana.   Increases were recorded for Pine Bluff, Memphis, and Hot Springs.   The payroll data for Hot Springs have been particularly volatile in recent months, but as of the most recent observation, Hot Springs employment is 7.3% higher than a year ago, 7.8% higher than the employment trough of February 2010, and 2.6% higher than at the start of the 2008-09 recession.  Jonesboro also shows gains over all of those time-horizons, with employment up 1.0% since the start of the recession. 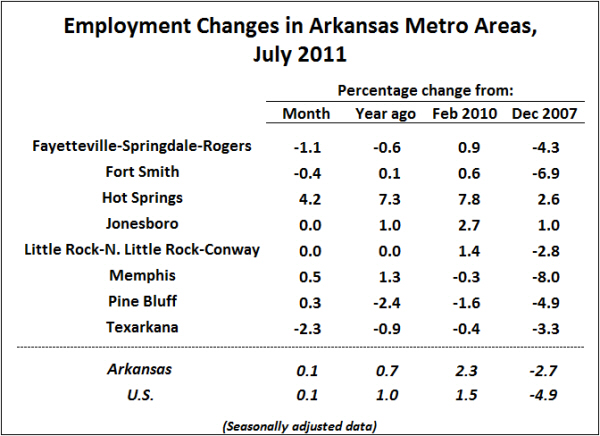