The latest release on metro area unemployment rates included only selected data:  Revisions to historical data and seasonal factors are in progress and will be included in next month’s report.  For now, only the not-seasonally adjusted data are available.  As shown in the following figure, unemployment rates vary considerably across Arkansas metro areas.  Fayetteville, Jonesboro, and Little Rock have unemployment rates below the statewide average of 4.2%, while the remaining metro areas have rates that are above the average. 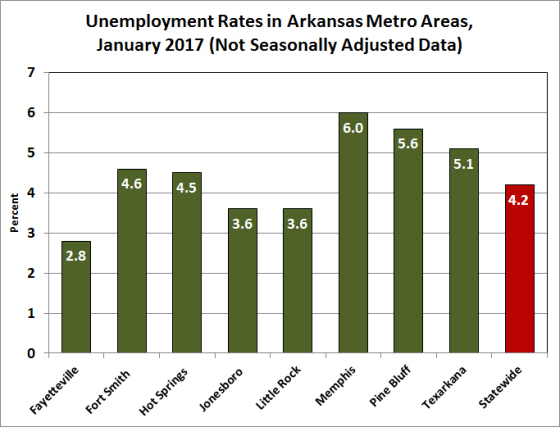 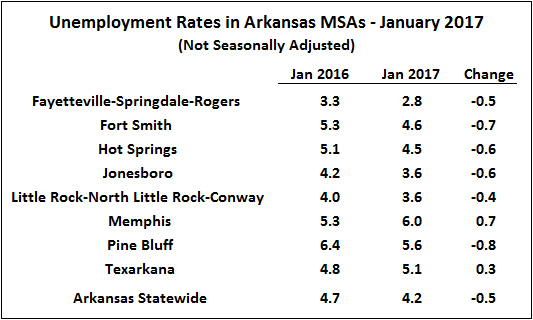 Payroll Employment
Changes in nonfarm payroll employment were mixed across metro areas.  One-month changes ranged from Hot Springs (+1.6%) to Fort Smith (-1.4%).  Compared to January 2016, employment was higher in five of the eight metro areas, but was lower in Fort Smith and Texarkana. 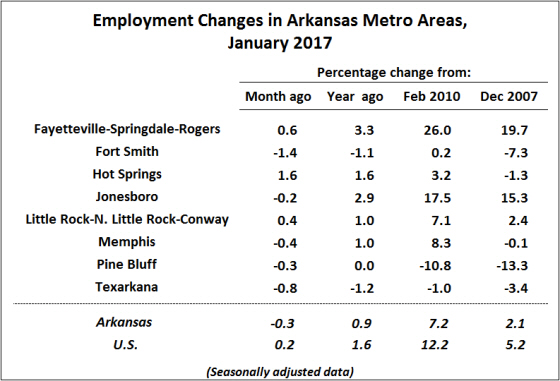 The latest report included annual benchmark revisions to the payroll employment time series.  The underlying not-seasonally adjusted data were revised back to April of 2015, with seasonal factors revised back five years.  The revisions are summarized in the table below and displayed in the accompanying set of charts. 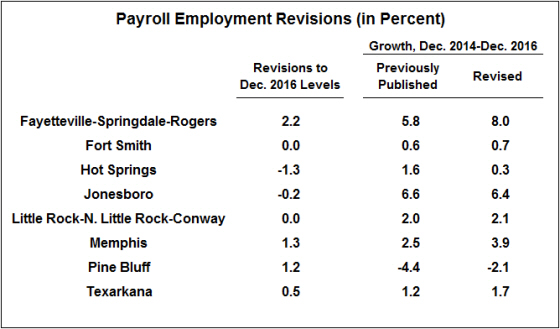 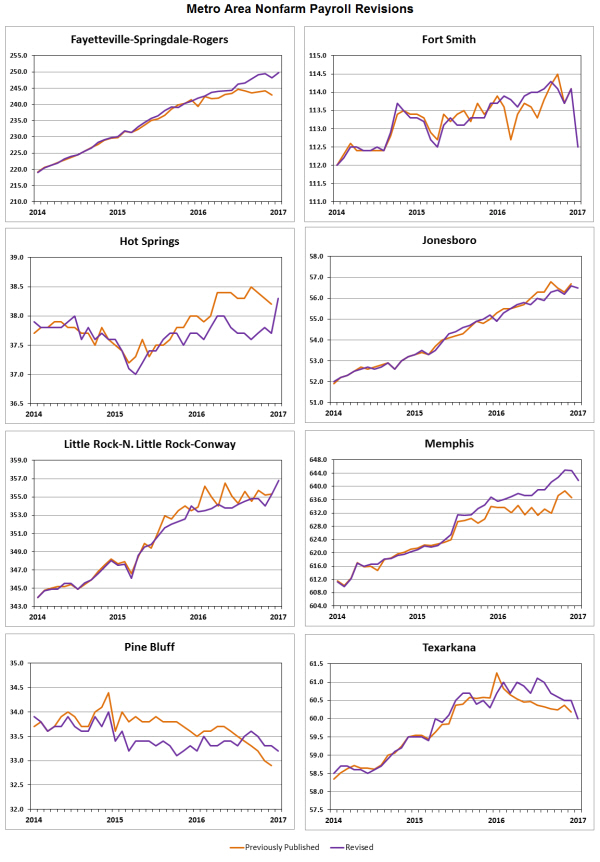