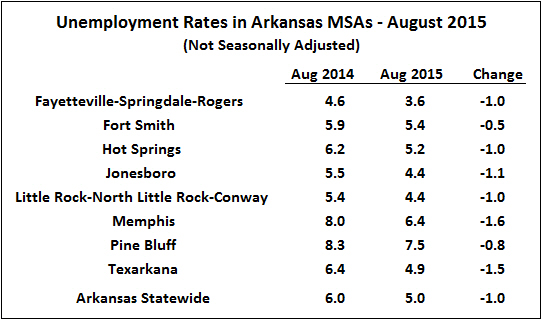 As is typically the case, the change in unemployment rates from July to August is complicated by seasonal factors.  Not seasonally adjusted data indicate sharp declines of more than half a percentage point in all eight metro areas; however, that is typical of July-to-August changes.   Yet even after seasonal adjustment, rates were down around the state.  Three metro areas matched the 0.2% decline previously reported for the statewide unemployment rate (Fayetteville, Jonesboro and Texarkana).  Fort Smith and Pine Bluff saw declines of 0.1%, while Little Rock and Memphis saw even larger drops. 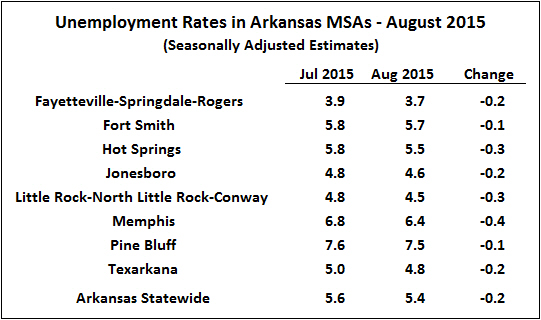 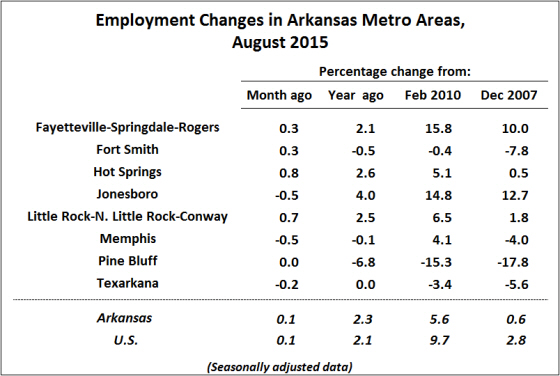