End-of-year statistics for employment and unemployment in in metropolitan areas were released this morning by the Bureau of Labor Statistics.  Unemployment rates (seasonally adjusted*) declined slightly in most of Arkansas’ MSAs in December, but rose in Fort Smith.  As shown in the chart below,  The lower unemployment rates we saw during the summer were transitory — evidently associated with of temporary Census employment.  Rates generally ended the year slightly higher than they were in January, rising by 0.3 to 0.5 percentage points in most of the state’s metro areas.  Fort Smith showed an end-of-year increase that took its unemployment rate to 8.6%, up by 0.7  percentage points from January.   Only Texarkana’s unemployment rate declined over the course of the year, falling slightly to 7.3 percent in December. 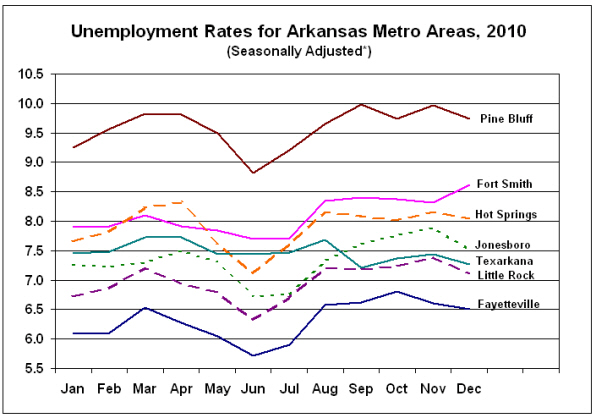 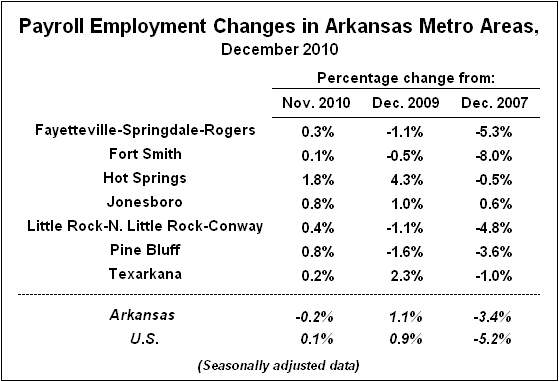