This year’s revisions included updated data inputs and new population controls, as well as some other technical adjustments.  Not-seasonally adjusted data were revised from 2013 forward, while revisions of the seasonal adjustment factors were revised all the way back to 1976.  As shown in the figure below, the Arkansas unemployment rate was revised downward for most of 2016, with an upward revision to the 2017 estimates.  Both the previously-published and revised statistics show an unemployment rate of 3.7% at the end of 2017. 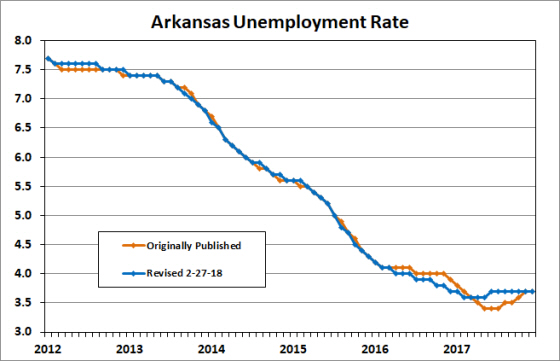 The underlying components of the household survey reveal that modifications to both the number of employed and to the number of unemployed Arkansans contributed to the revision of the unemployment rate:  Unemployment totals were revised lower in 2016 and higher in 2017, with revisions in the opposite direction applying to total household employment.  Looking back at 2013 and 2014, the household employment figures were revised higher in 2013.  Growth in 2014 was revised downward, offsetting net effect of the revisions to the 2013 data. 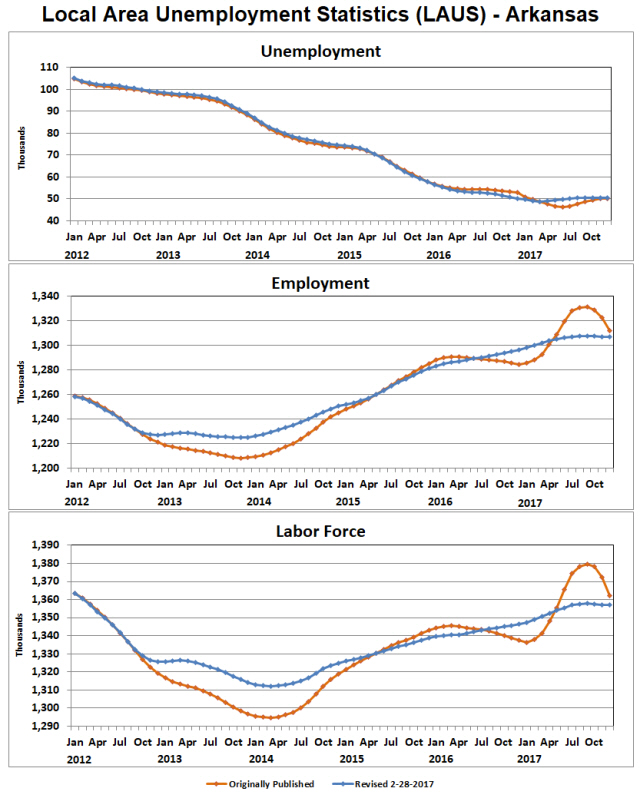 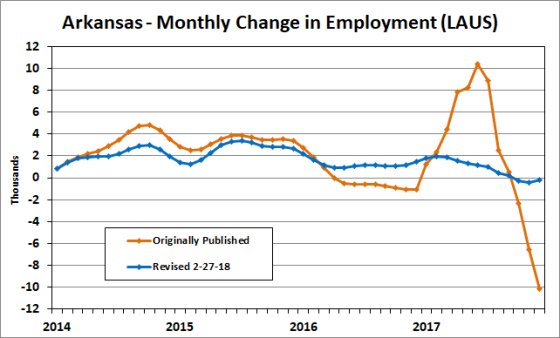 The combined effect of revisions to employment and unemployment shows through to labor force totals.  In particular, Arkansas’ labor force participation rate shows a smaller decline than originally reported for 2013, and eliminates some of the ups-and-downs from subsequent years.  After revision, the labor force participation rate appears to have been hovering near 58% for the past two years — about 5 percentage points lower than the national average. 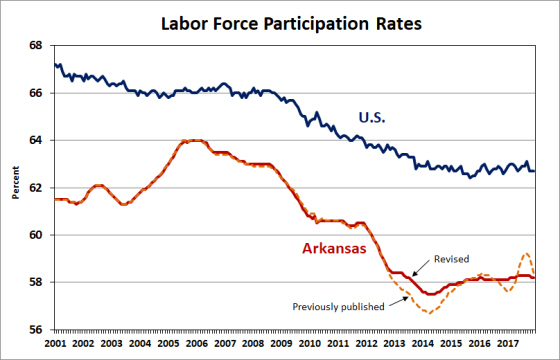