The U.S. Census Bureau released new population estimates today.  The statistics for Arkansas contain no real surprises:  Population growth patterns continued along well-established trends.  Among Arkansas’ 75 counties, only 25 experienced positive population growth between the April 2000 Census and July 2012.  The fastest growing counties over the past two years were the suburban areas of the state’s largest metropolitan areas.  Benton County in Northwest Arkansas had the highest growth (4.9%), followed by Faulkner County in Central Arkansas (4.8%).  The top four also included Saline County and Washington County.  Other areas of relatively rapid growth included parts of Northeast Arkansas (Craighead and Green Counties), as well as some counties in the North-Central part of the state. Overall, the state’s population increased by 1.1%. 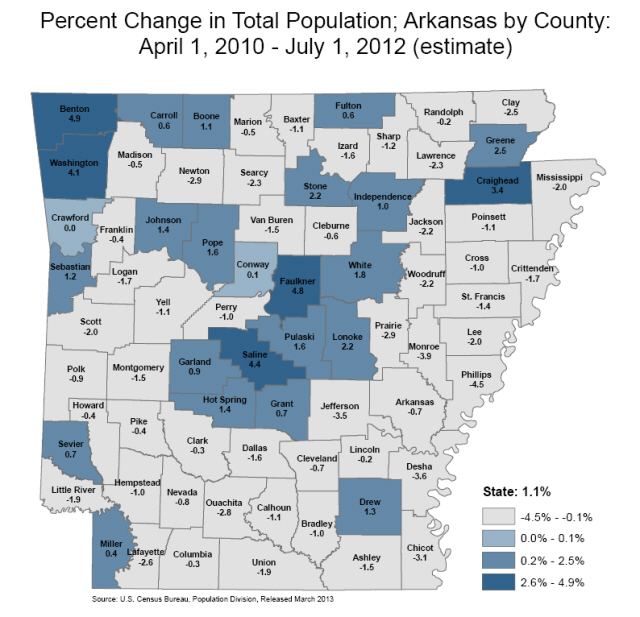 [For a full-page PDF file of the map, click HERE.]