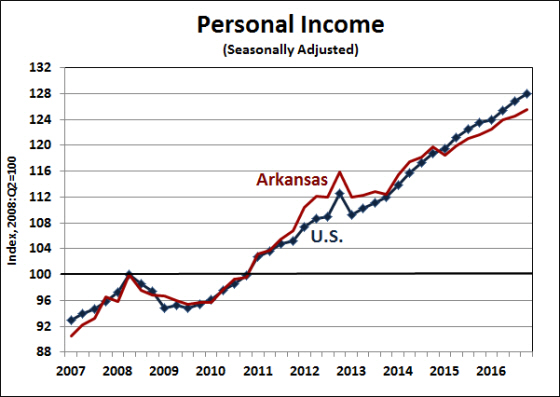 Annual Data
The personal income report from the Bureau of Economic Analysis featured data based on 2016 annual averages.  From 2015 to 2016, personal income in Arkansas grew at a 3.2% rate — a growth rate that ranked 27th among the 50 states.  Across the country, growth rates ranged from -1.7% in Wyoming to 5.9% in Nevada. 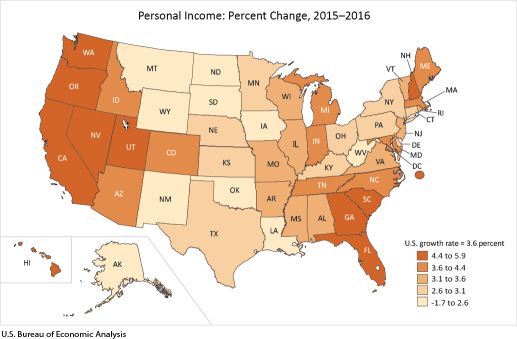 Total earnings by place of work expanded at nearly identical rates in Arkansas and the U.S. in 2016 — 4.05% and 4.06%, respectively.  The table below reports a breakdown of earnings by industry.  For both Arkansas and the nation, the sector contributing the most to earnings growth was Health care and social assistance.  Several other service sectors showed relatively strong growth as well.  The weakest sector for earnings growth was Mining — reflecting the ongoing slump in fossil fuel prices and extraction activity.  A surprisingly strong sector was Construction, which grew at a 7.3% nationwide and 5.2% in Arkansas. 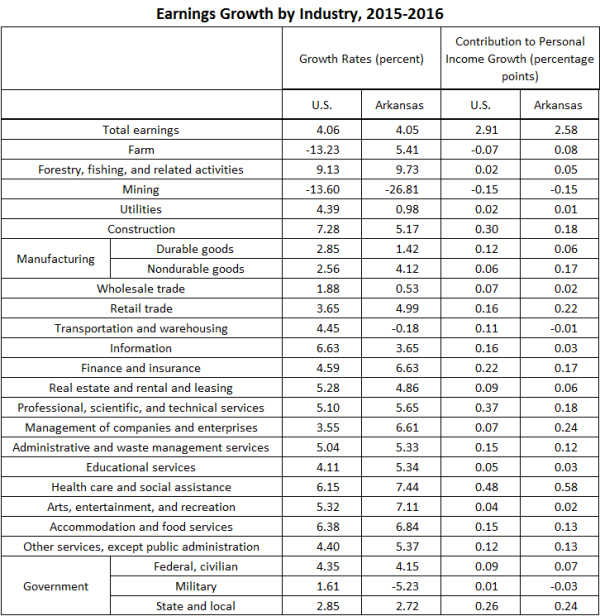 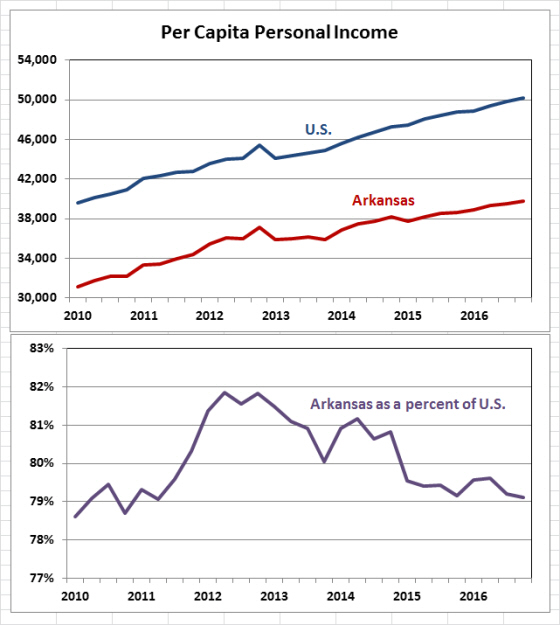