New data from the Federal Housing Finance Agency (FHFA) show that, overall, house prices in Arkansas continue to rise, albeit more slowly than the national average.  According to the FHFA Expanded Data Indexes*, Arkansas house prices rose by 0.8% in the first quarter, compared to a 1.5% increase nationwide.  Since the first quarter of 2015, Arkansas prices were up 4.15 while prices for the total U.S. were up 5.5%.  As shown in the figure below, the most recent price increase in Arkansas lifts the expanded-data index above the level of it’s pre-recession peak. 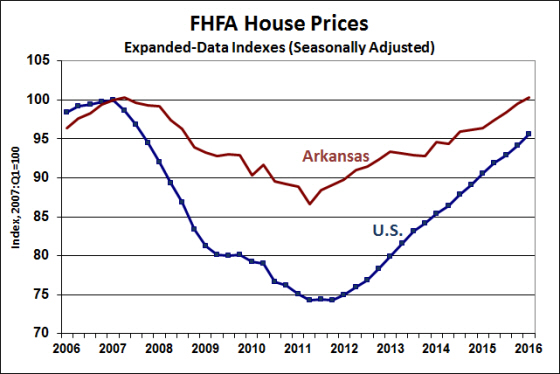 The expanded-data indexes are not available for metropolitan areas, but the FHFA does publish “All-Transactions Indexes*” for metro areas.  The table below shows that by this measure, prices in Arkansas were down slightly in the first quarter, and declined in Fort Smith, Hot Springs, Texarkana, and the non-metropolitan areas of the state as well.  Over the past four quarters, however, prices are up in every metro area except Fort Smith. 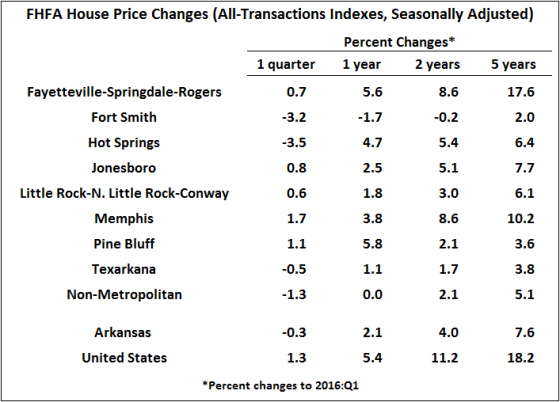 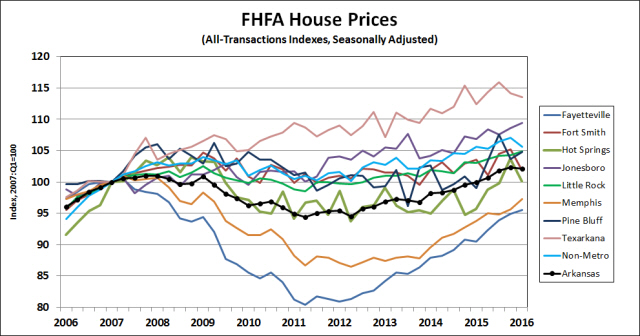