The latest update on house prices from the Federal Housing Finance Agency came out this morning.  The most comprehensive of the FHFA indexes, the “Expanded-Data Indexes” show Arkansas house prices up 1.3% in the third quarter, compared to a 1.5% increase nationwide (seasonally adjusted).  Over the past four quarters, Arkansas house prices were up 3.4%, while U.S. prices rose by 6.0%. 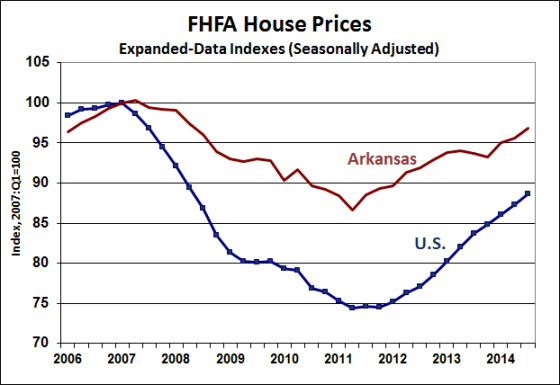 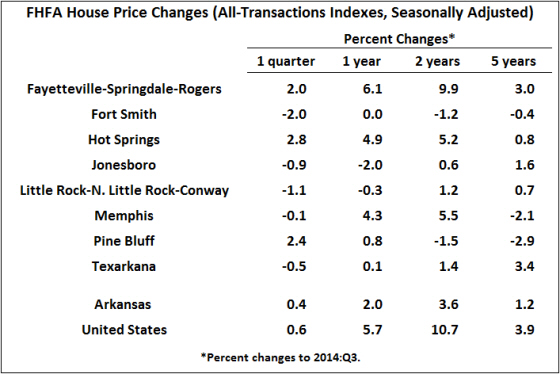 The figure below displays a slightly longer-run view.  Relative to the nationwide house-price peak at the beginning of 2007, prices are higher or unchanged in most of the state’s metro areas.  The chart shows that the three metro areas that have shown the most rapid appreciation over the past year or two are the same areas that exhibited the largest declines during and after the recession.  For example, prices in Northwest Arkansas declined by nearly 20% from the beginning of 2007 until mid-2011, but have since recovered to the point of being only 9%  below the 2007 peak. 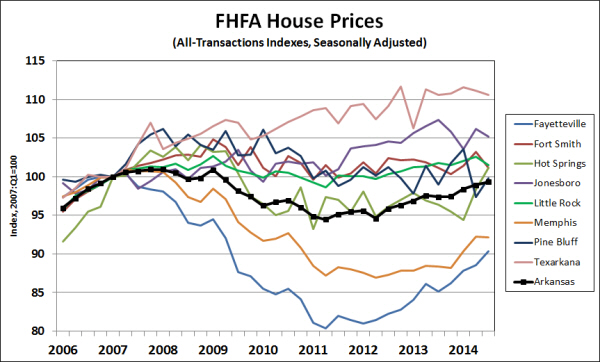