According to newly released data from the Arkansas Realtors® Association, home sales across the state totaled 3,010 in September — up 6.5% from September of 2015.  This increase comes on the heels of a year-over-year increase of 15.2% in August. 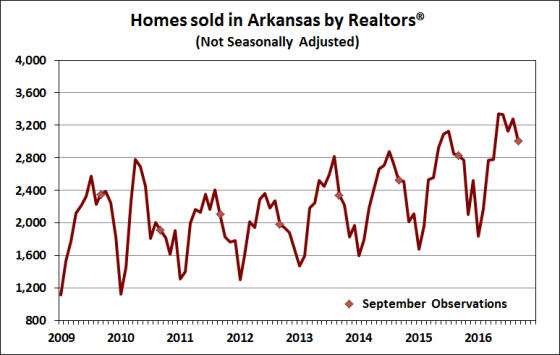 With the peak summer months now behind us, it is now inevitable that home sales growth will be significantly positive for the fourth consecutive year.  For the first three quarters of 2016, home sales 6.5% higher than the same period a year earlier.  As shown in the figure below, seasonally-adjusted home sales have been following a clear upward trend since late 2012, and are on track to make 2016 the highest sales volume since before the housing market collapse in 2007. 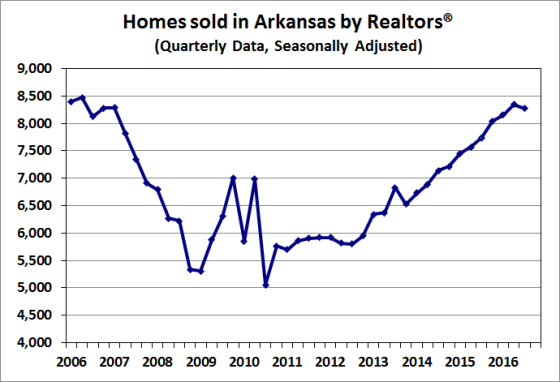