The Arkansas Realtors® Association released their penultimate monthly report for 2015 this morning, showing a total of 2104 homes sold in Arkansas during November.  Home sales typically drop off sharply toward the end of the calendar year, and this year is no exception.  Nevertheless, November’s total was up 4.3% from the previous year. 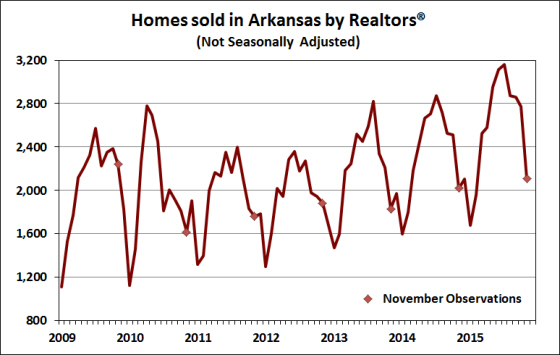 December is always a relatively slow month as well, so the cumulative year-to-date totals reported today provide a good indication of how the year will turn out.  For the first 11 months of the year, home sales were up 9.2% compared to the same period in 2014.

As shown in the chart below, seasonally adjusted data reveal that November’s home sales were somewhat below the recent growth trend.  However, a single month slowdown provides little reason to expect that the steady growth we’ve seen over the past 3 years will abate.  In a forecast presented in early November, we anticipated that 2015 sales growth would end up at close to 9%, and projected a year of double-digit growth for 2016. 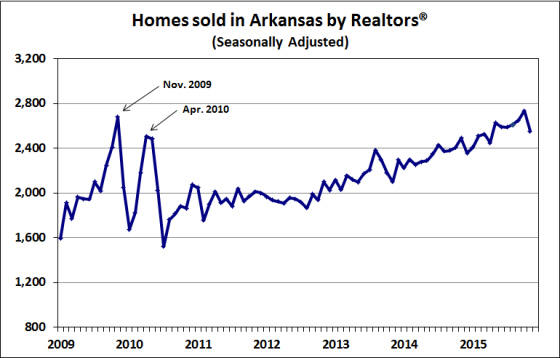