According to the Arkansas Realtors® Association, Arkansas home sales in June were up 7.9% from the previous year.  This represents the 22nd consecutive month of positive year-over-year changes.  The average growth rate over that 22-month period has been 10.2%.  The sales total for June was down slightly from the previous month, but the two-month total was the highest May-June combination since 2006.  Year-to-date sales were up 12.0% from the first six months of the previous year. 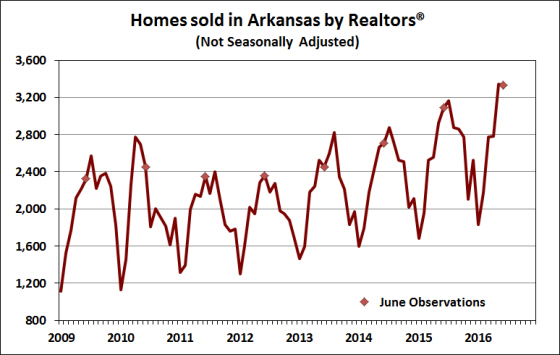 Quarterly seasonally-adjusted data smooth out the seasonal fluctuations and some of the month to month volatility.  As shown in the figure below, home sales in 2016 have reached a pace about equal to 2006, prior to the onset of both the collapse of the national real-estate bubble and the onset of recession. 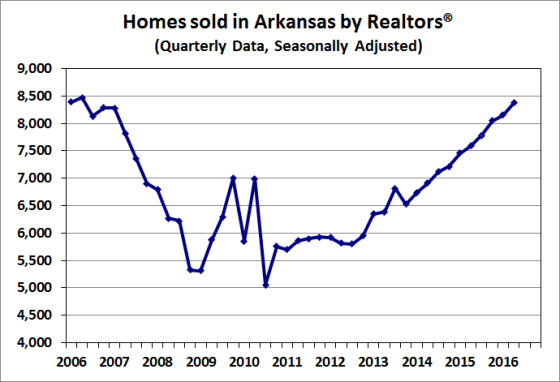