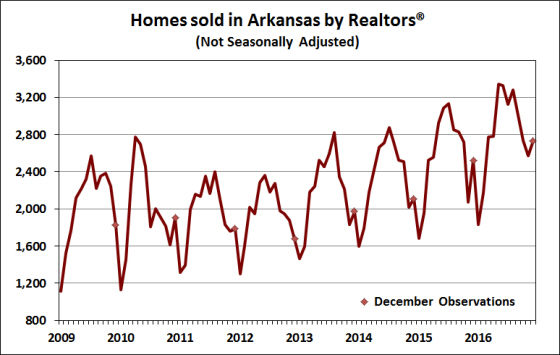 The rising trend in home sales has now run more than four full years.  As shown in the chart below, quarterly seasonally-adjusted data display robust growth since at least the beginning of 2013.  Seasonally adjusted sales in the fourth quarter of 2016 were 8,870, breaking through the pre-recession sales level of approximately 8,500/quarter. 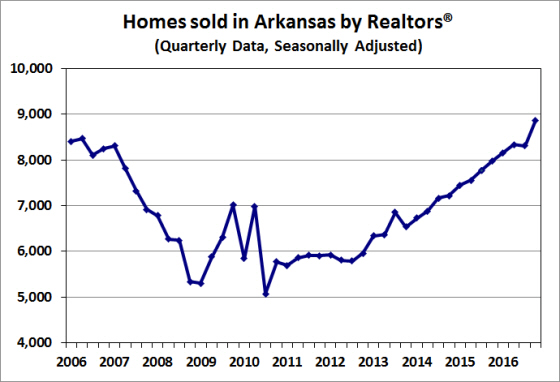 Last November, our forecast for home sales in 2016 was 33,600, so the final figures for the year slightly outpaced expectations.  Sales in 2017 are expected to continue their robust growth, with our forecast calling for over 36,000 home sales and a year-over-year growth rate of 8.4%.  This outlook is conditioned on a continued slow pace of rising interest rates.  If the Federal Reserve raises rates more aggressively than presently expected, a slowdown in home sales might take hold before the end of 2017.