This morning, the Arkansas Realtors® Association (ARA) announced that home sales in November were up 10.4% from the previous year.  As shown in the figure below, November is typically one of the slower months of the year for home sales.  At just over 2,000 units, however, sales in November 2014 were the highest for the month since November 2009 — the month in which the first Federal home-buyers’ tax credit expired.  The ARA total  for cumulative sales for the first 11 months of 2014 were 26,330, approximately 4.7% higher than same period a year earlier. 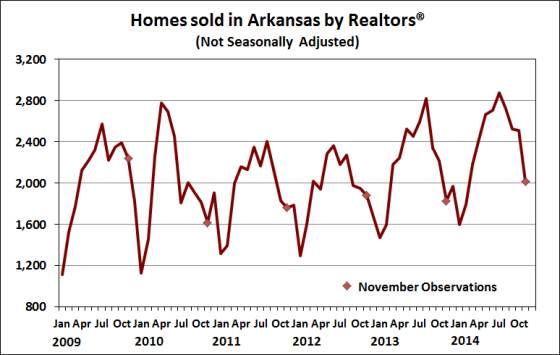 To get a better sense of the trend in home sales, the figure below adjusts the home sales data for recurring seasonal patterns.  After seasonal adjustment, it is clear that the latest monthly home sales report extends a rising trend .  After the expiration of the second home-buyers’ tax credit in April 2010, Arkansas home sales were stagnant at a seasonally-adjusted pace of less than 2,000 homes per month.  Since mid-2012, we have seen steady improvement.  With only one month of the year yet to be reported, it is clear that 2014 will be the strongest year for home sales since before the recession. 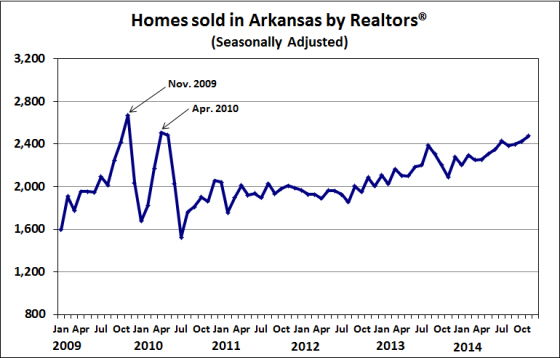