The latest data from the Arkansas Realtors® Association show continued growth in home sales over the first half of 2017.  The monthly report for June 2017 reported a sales increase of 5.9% compared to the previous June, with year-to-date totals up 6.2%.  The growth rate is down somewhat from the double-digit rates that have driven the market over the past four years.  However, the slowdown is not surprising given the extent to which sales have recovered from the pre-recession housing market crash. 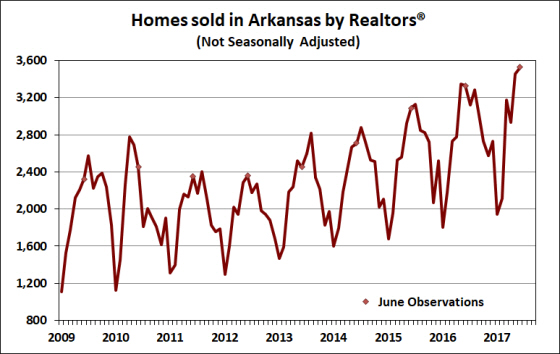 As shown in the figure below, home sales so far in 2017 exceed the sales pace of early 2006, before housing sales began collapsing in 2007.  After seasonal adjustment, it is also clear that the post-2013 rising trend in sales is ongoing. 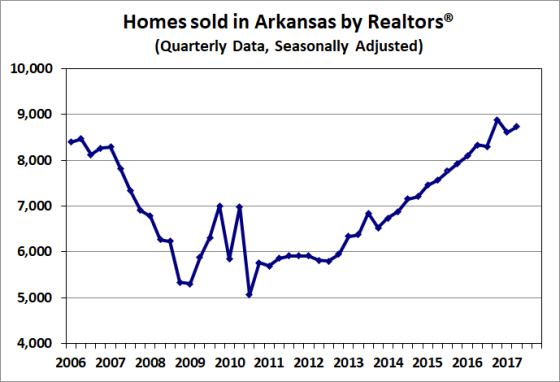