Home price declines are far from uniform across the state.  As shown in the chart below, prices in the Fayetteville metro area have followed a pattern similar to the national average, while prices in Little Rock have only recently shown modest declines. 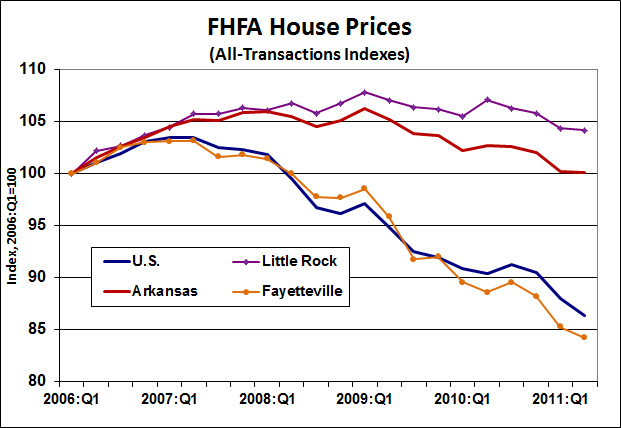 In fact, house prices in some of the state’s smaller metro areas have fared even better than in the Little Rock area.  In the second quarter of 2011, prices rose in Hot Springs, Pine Bluff and Texarkana.  In each of these metro areas, prices are higher than they were a year earlier.  In Texarkana, house prices are higher than they were in the last quarter of the recession (2009Q2),  although prices in each of the other metro areas have fallen since then.  If we consider changes over the past five years, home prices in the Fayetteville and Memphis areas are down sharply, but homes in the state’s other metro areas have maintained their longer-run values. 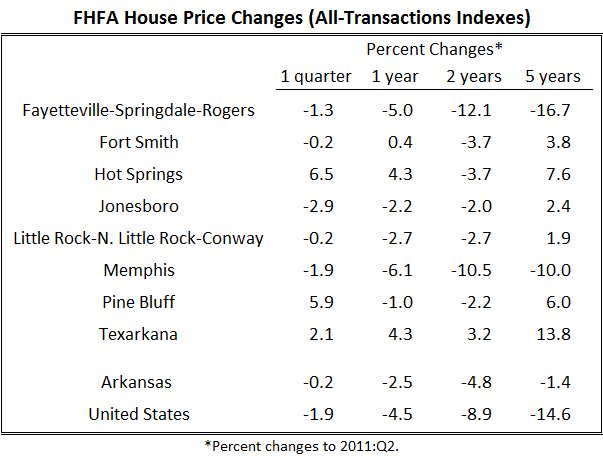