State-level GDP data, released this morning by the Bureau of Economic Analysis, showed Arkansas’ growth rate was 1.9% (annual rate) in the third quarter of 2018.  GDP was unchanged or higher in all 50 states, with growth rates ranging from 5.8% in Washington to 0.0% in West Virginia.  The national average growth rate for the quarter was 3.4%.  Arkansas’ 1.9% growth rate ranked 46th among the 50 states. 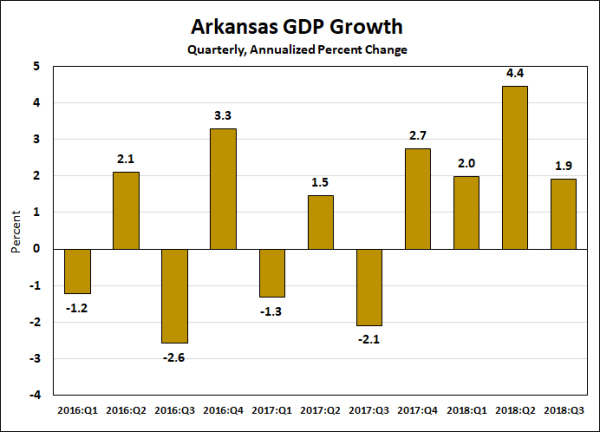 The third quarter expansion marks the fourth consecutive quarter of positive GDP growth in Arkansas.  Consequently, Arkansas growth rate on a year-over-year basis has accelerated to 2.8%, just shy of the national average growth rate of 3.0%.  Based on four-quarter growth rates, Arkansas ranked #16 among the 50 states. 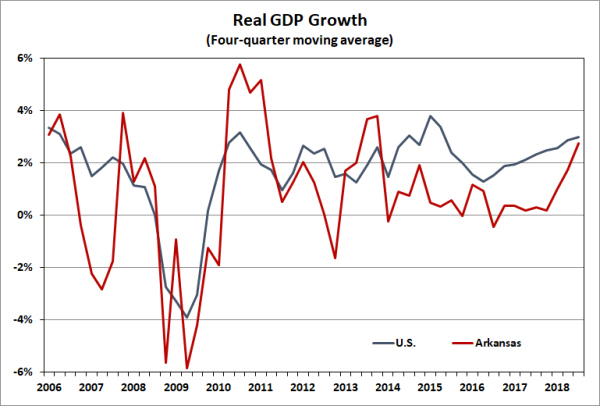 The breakdown of growth by sector for the third quarter shows that Arkansas’ growth followed similar patterns to the nationwide trends.  The largest positive contributions to growth came from Wholesale Trade, Retail Trade, and Finance & Insurance.  Arkansas also saw significant positive contributions from Management of companies and enterprises and Administrative and waste management services.  Sectors subtracting from growth included Agriculture, forestry, fishing and hunting; as well as Mining and Utilities. 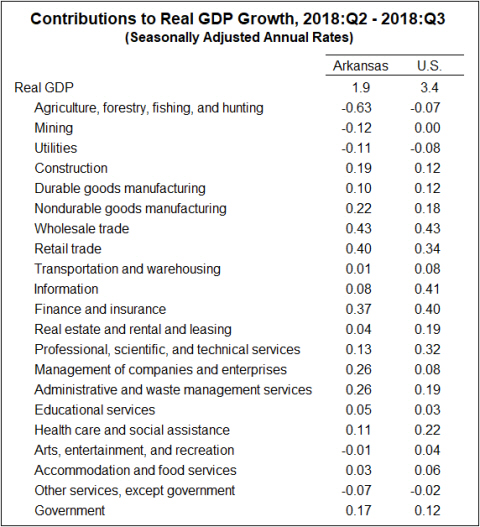 The next release for state GDP growth, covering the fourth quarter of 2018 and annual averages of the year, is scheduled for May 1.