The Bureau of Economic Analysis announced this morning that Arkansas real GDP grew at a 2.3% annual rate in the third quarter of 2016.  While this growth rate is roughly in line with prevailing trends, Arkansas’ growth lagged behind the nationwide rate of 3.5%, ranking #41 among the 50 states. 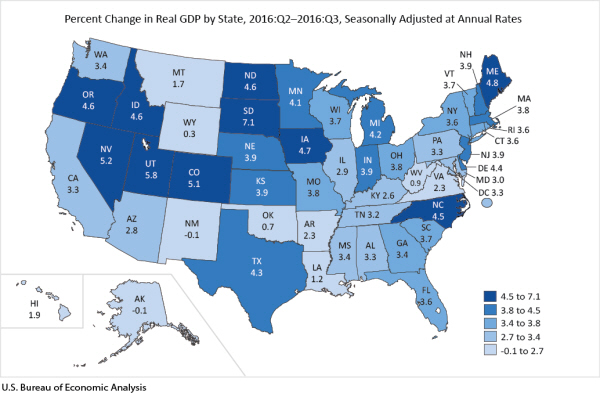 Over the past four quarters, Arkansas’ growth rate has averaged 2.1%, compared to 1.6% for the entire U.S. 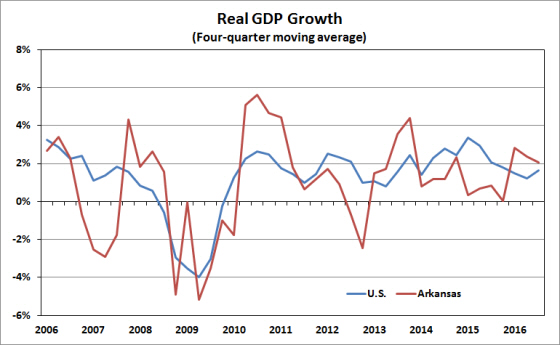 As shown in the table below, the patterns of growth rates across sectors are quite similar for Arkansas and the U.S.  Growth was relatively strong in Utilities, Finance and Insurance, and Administrative services.  Another sector to show encouraging growth was Durable Goods Manufacturing.  Arkansas’ agricultural output contracted in the third quarter; however, agricultural output shows substantial volatility from quarter to quarter.  Output in the mining sector was down across the board, reflecting continued weakness in oil and gas prices. 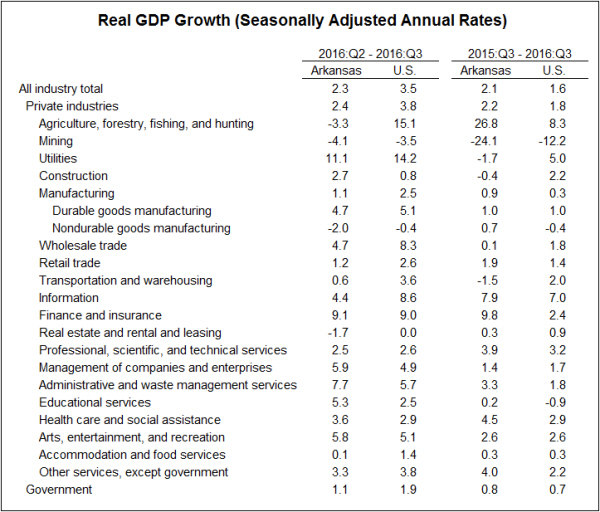