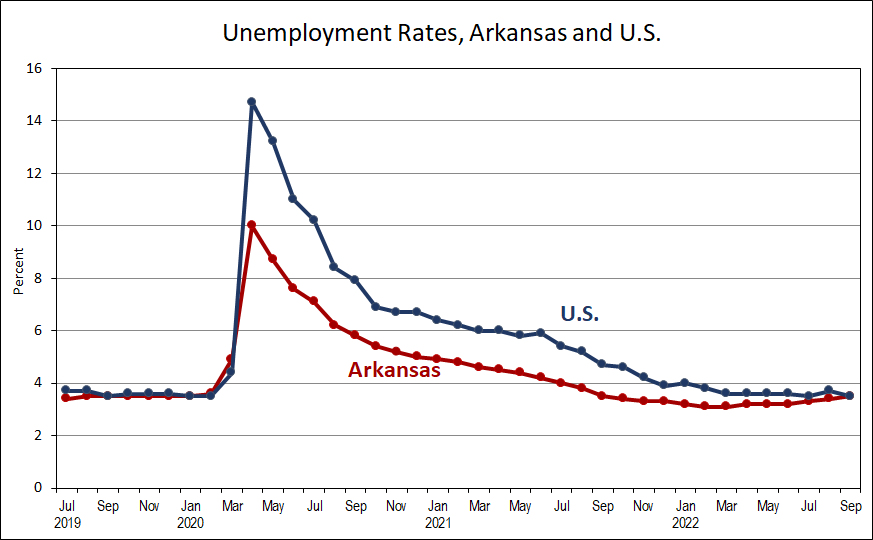 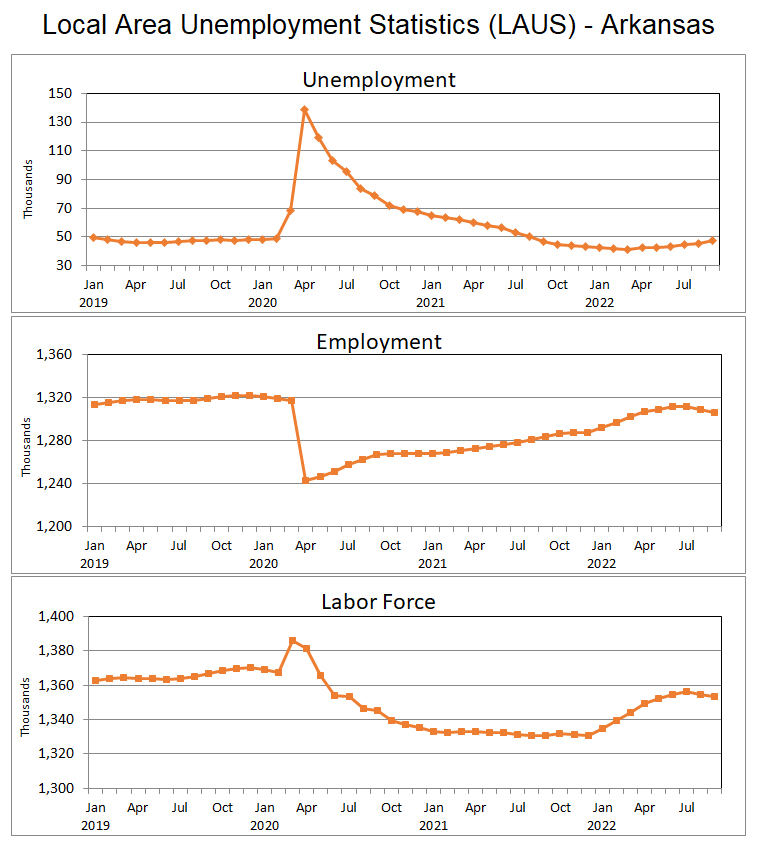 The declines in employment have driven a downturn in the size of the total labor force as well, down 2,400 over the past two months.  Two months of household employment declines indicate that labor markets might possibly be losing some momentum.  However, two months of data aren’t enough to establish a trend, but are merely suggestive of weakening conditions.  Overall, with the unemployment rate below 4%, labor market conditions remain strong.

Payroll Employment
Nonfarm payroll employment declined by 3,400 jobs in September (seasonally adjusted).  Before seasonal adjustment, the data showed a sharp increase in employment; however that was more than accounted for by the seasonal return of faculty and staff to public schools and universities.  In the seasonally adjusted data, the downturn was most prominent in Education and Health Services, which was down by 3,300 jobs. Other sectors with employment declines included Retail Trade, Transportation & Utilities, Financial Services and Other Services.  Sectors with increasing employment included Construction, Government, Information Services and Professional & Business Services.  Within Professional and Business Services, the increase was entirely in the Administrative & Support Services category, which includes temporary workers. 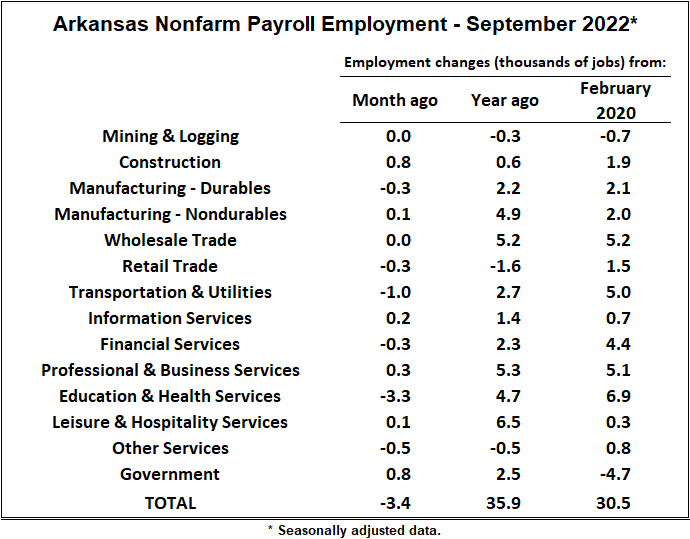 Over the past twelve months, Arkansas payroll employment has increased by 35,900 jobs, or 2.8%.  Over the same period, total U.S. payrolls have expanded by 5.69 million, or 3.9%.  Compared to the pandemic/recession trough of February 2020, Arkansas employment has expanded by 2.1%, compared to 0.3% nationwide. 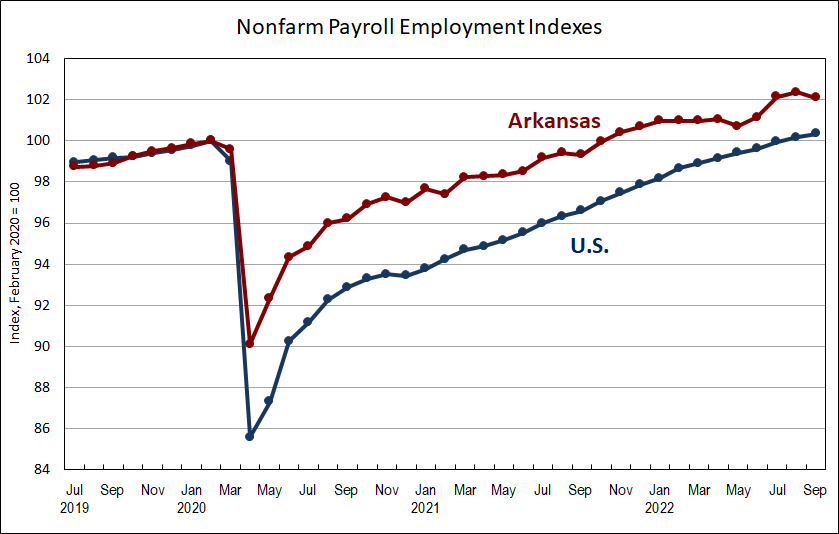