The state employment report that came out this morning contained mixed signals.  The good news was that the unemployment rate dropped by two-tenths of a percent to 5.2%.  The national unemployment rate remained steady at 5.1%, so the gap between Arkansas and the U.S. rates narrowed.  Earlier in the year, Arkansas’ unemployment rate had crept upward, reaching a peak of 5.8% in May. 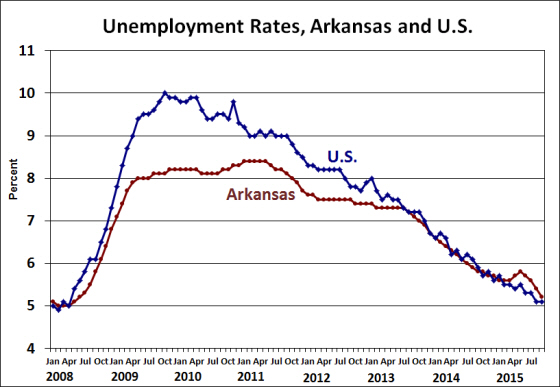 While the number of unemployed was down by over 2,500, the household data showed that number of employed was up only by about 1,000.  Consequently, the Arkansas labor force contracted for the second time in 3 months. 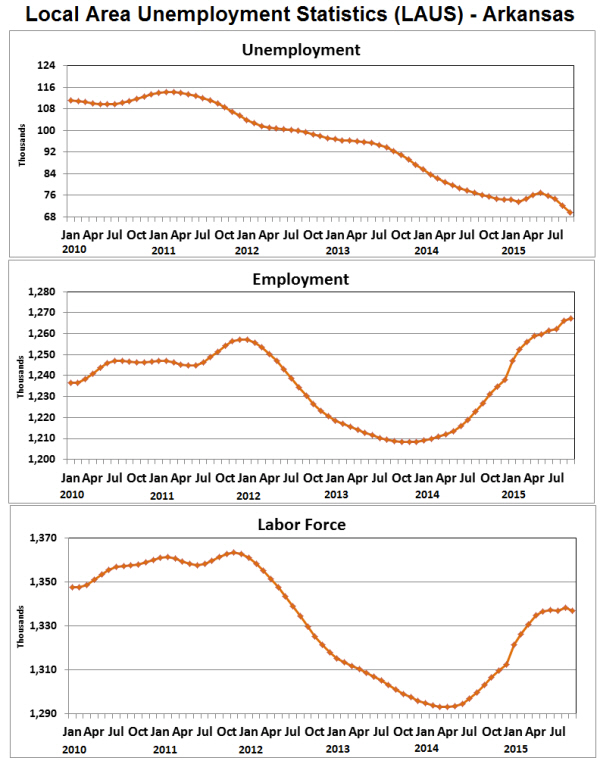 Payroll Data
The not-seasonally adjusted payroll data for September showed an increase of 12,300 jobs.  However, the gains were almost entirely seasonal.  Back-to-school effects boosted state and local government employment (public schools) and private sector employment in education.  Leisure and Hospitality and Retail Trade also showed seasonal declines.  After seasonal adjustment (shown in the table below), the data showed a slight decline in employment for the month (-700 jobs).    A relatively bright spot in the report was employment in the construction sector.  Up by 900 jobs for the month, construction activity has added 7,400 jobs over the past year. 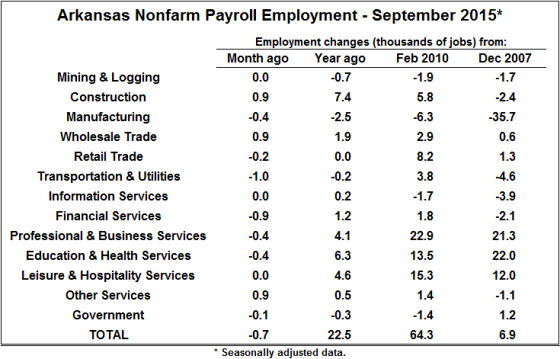