Arkansas Employment and Unemployment – May 2017 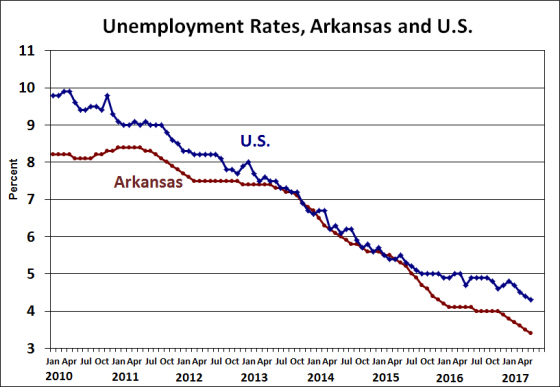 Underlying data from the household survey has been showing very strong employment growth during 2017, particularly over the past two months. The number of employed was up 8,604 in May after increasing 7,887 (revised) in April. These recent increases are reminiscent of early 2016, when household employment increased by an average of 10,000 per month for three months.  At the time, we were skeptical of the magnitude of those increases, and subsequent data revisions eliminated that brief surge from the record. With those large gains revised away, the increases from the past two months are far and away the largest monthly increases in the series’ history. The data clearly suggest that the number of employed is rising, but the magnitude of the gains over the past two months are eventually likely to look considerably smaller than the recently-released data suggest, once the final revisions are compete. 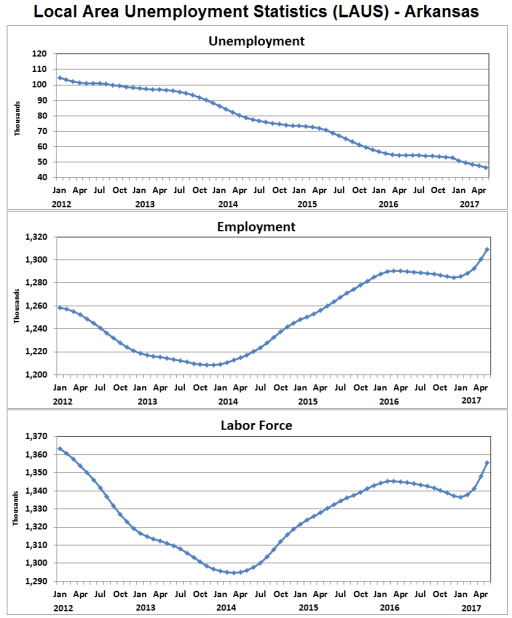 Payroll Employment
Nonfarm payroll employment increased 2,900 in May (seasonally adjusted) and is up 22,000 compared to a year earlier. Goods-producing sectors were little changed, on net, with manufacturing down by 1,000 and construction up by 800.  Employment gains in the service-providing sectors were concentrated in the rapidly-growing sectors of Professional & Business Services and Leisure & Hospitality Services. Health Services were down slightly in May, but employment in that sector is still up 4,800 from May 2016. 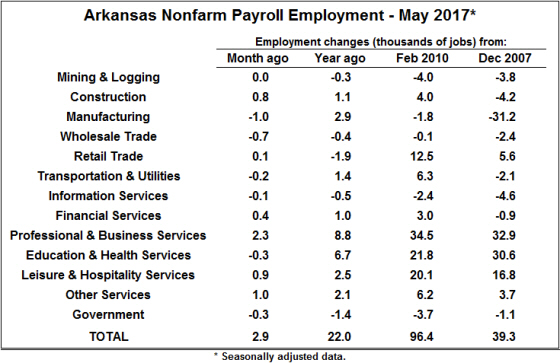 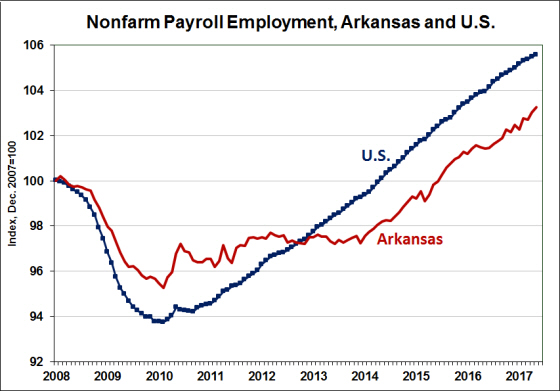