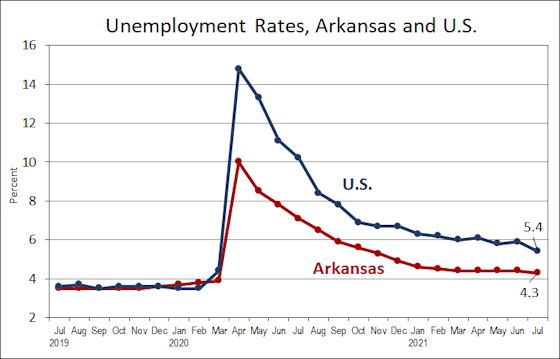 The underlying statistics from the household survey showed that the number of unemployed declined by nearly 1,000, but the number of employed also declined, falling by 1,591. As a result, the labor force continued to slide lower, falling by 2,542 in July. 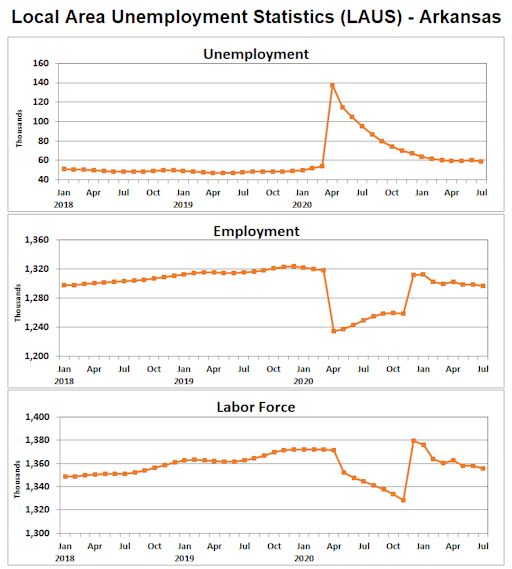 Payroll Employment
Nonfarm payroll employment increased by 3,700 in July and the estimate for June was revised upward by 1,700 jobs (seasonally adjusted data). Not-seasonally adjusted data showed a decline of nearly 15,000 jobs in July, but most of that decline was attributable to the lower employment in Education and Local Government associated with schools’ summer break. After seasonal adjustment, the number of jobs in Education & Health Services and Government both registered increases. Most sectors showed small changes for the month, although Construction fell by 1,000 jobs. Employment in Manufacturing was higher overall, but the gains were entirely in durable goods production, with employment in nondurable manufacturing continuing to drift lower. 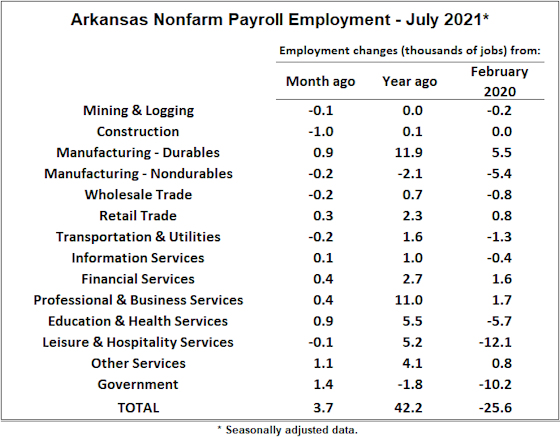 Compared to pre-pandemic employment levels, durable goods manufacturing is up by 5,500 jobs, while jobs in the nondurable goods are down 5,400.  In total, payroll employment is down 25,600 from its level in February 2020, with most of the losses concentrated in Education & Health Services, Leisure & Hospitality Services, and Government.

The net decline of 25,600 jobs since February 2020 amounts to a percentage decline of 1.7%.  In comparison, payroll employment nationwide remains 3.7% lower than pre-pandemic levels. 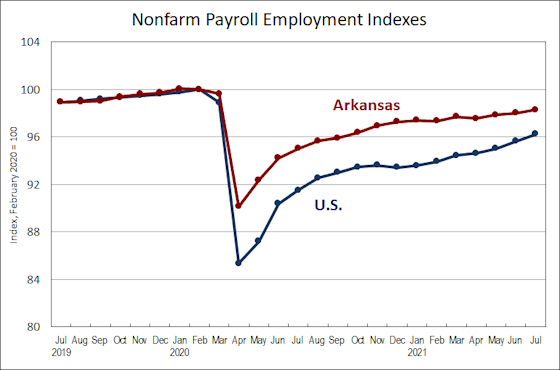