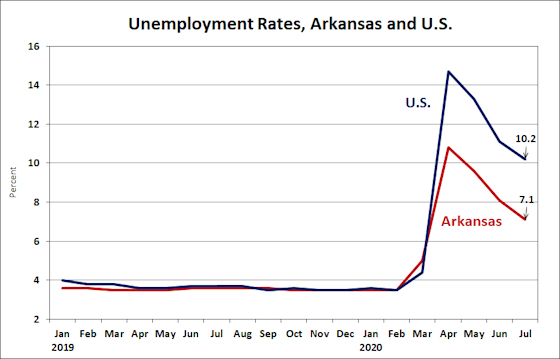 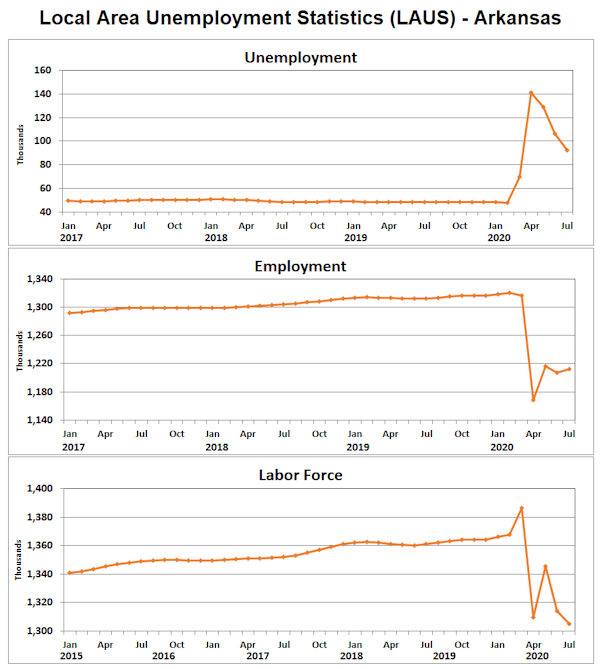 Payroll Employment
Nonfarm payroll employment growth slowed significantly in July.  After recovering 49,100 jobs in May and June (including an upward revision of 3,100 jobs in June), payroll employment was up only 1,600 jobs in July (seasonally adjusted data).  As shown in the table below, Goods producing sectors lost jobs in July with Construction down 400 and Manufacturing down 1,500.  Service-providing sectors generally added jobs, particularly in the hard-hit sectors of Education & Health Services and Leisure & Hospitality Services.  Government employment was down 2,100 jobs, with the losses exclusively in on the local government level.  It is typical to see declines in local government employment during the summer school recess, but the July’s decline in the seasonally-adjusted measure indicates declines that go beyond the ordinary seasonal fluctuations. 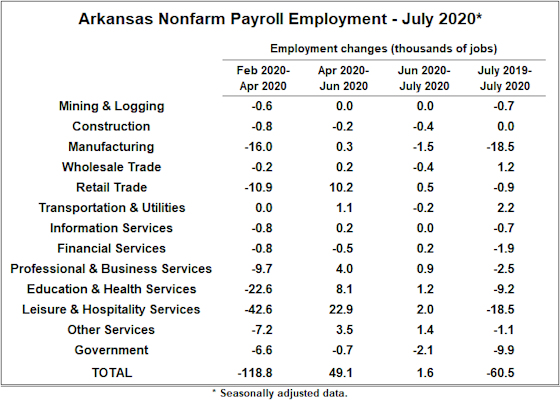 Compared to July 2019, total payroll employment was down 60,500, a decline of 4.7%.  The year over year job-losses are concentrated in Manufacturing and Leisure & Hospitality Services, with notable declined in Education & Health Services and Government. 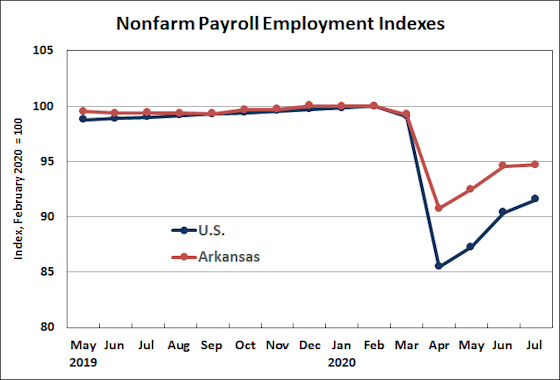