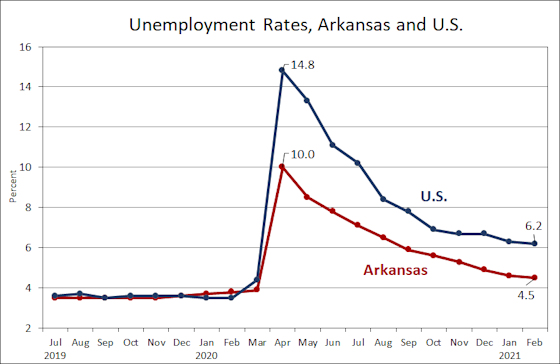 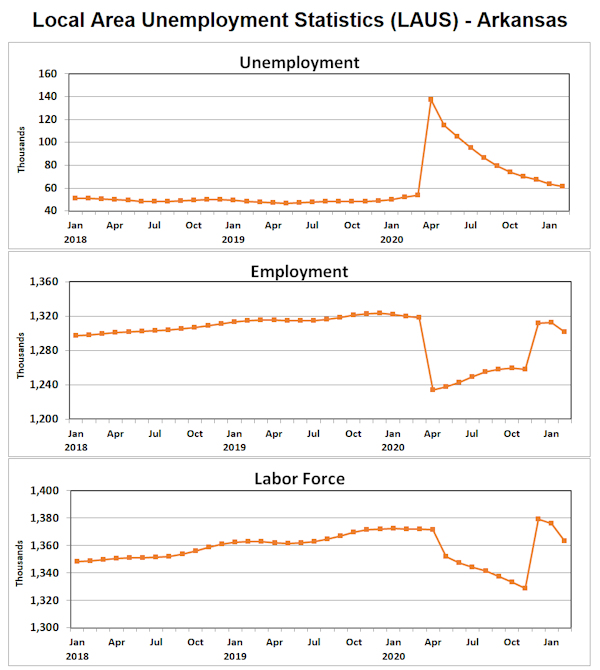 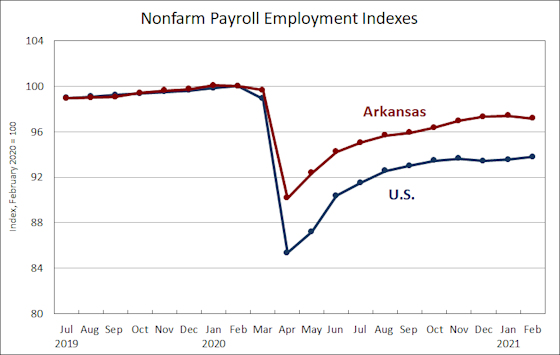 Employment declines were distributed broadly across sectors, with only two sectors increasing:  Education and Health services increased by 300 jobs (entirely in Health Care) and Other Services increased by 600.  As shown in the third column of the table below, job losses were relatively large in three sectors that have been recovering with particular vigor:  Construction was down by 900, Retail Trade was down by 400, and Leisure & Hospitality was down 2,200.  All three are likely to have been affected by severe weather conditions in mid-February.  Both Construction and Retail remain above levels of a year earlier, but all other sectors show year-over-year declines to varying degrees. 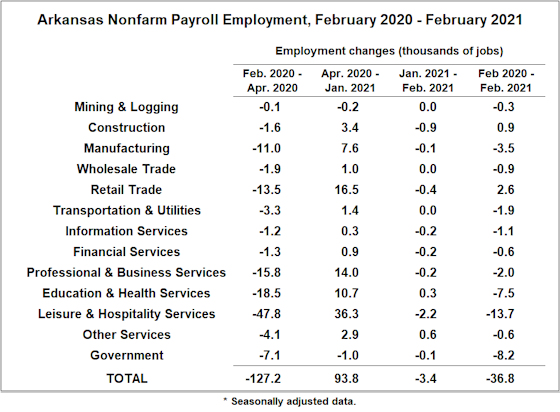 Overall, the employment report for February is mixed.  A decline in the number of unemployed is welcome, but declines in employment suggest a pause in the pace of recovery.  However, there is no indication of a new, ongoing period of weakness setting in.  The mixed nature of the report suggests that recovery in labor markets is a long, gradual process—sometimes with bumps along the way.