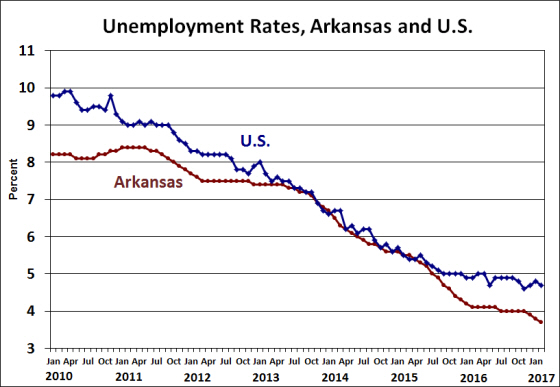 The underlying data from the household survey showed that the number of unemployed Arkansans declined by over one thousand, while the number employed rose nearly 2,500.  After drifting downward for the past 10 months, the labor force increased by 1,346 in February. 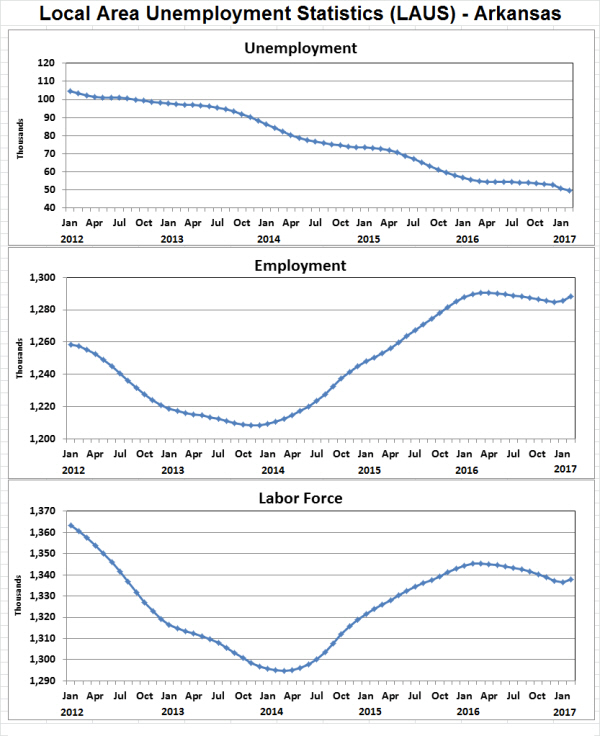 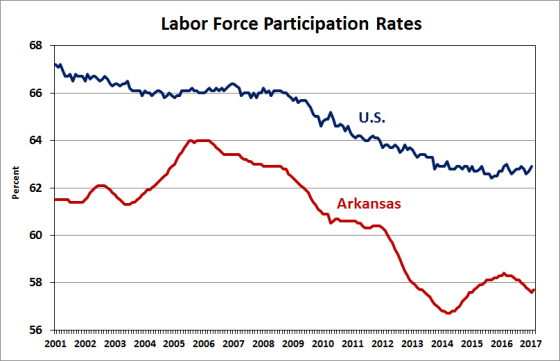 Payroll Employment
Nonfarm payroll employment rose sharply in February, up by 6,100 (seasonally adjusted*).  The percentage increase for the month (o.5%) was the second-fastest growth rate in the nation (Montana and Nebraska saw increases of 0.6%).  Moreover, the employment total for January was revised upward by nearly 2,000 jobs.

Job growth was distributed across a wide range of sectors.  Goods-producing sectors, in particular, had a very strong month, with Mining and Logging, Construction and Manufacturing all posting gains.  On the service-providing side, Professional & Business Services and Education & Health Services continued to expand at a healthy pace. 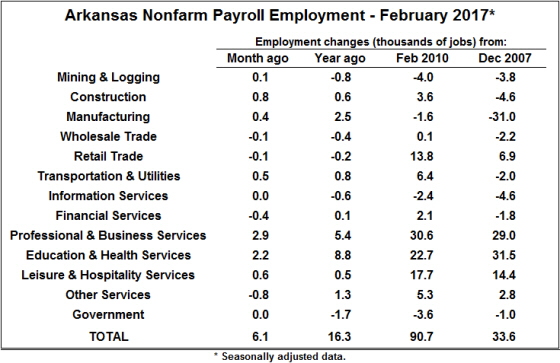 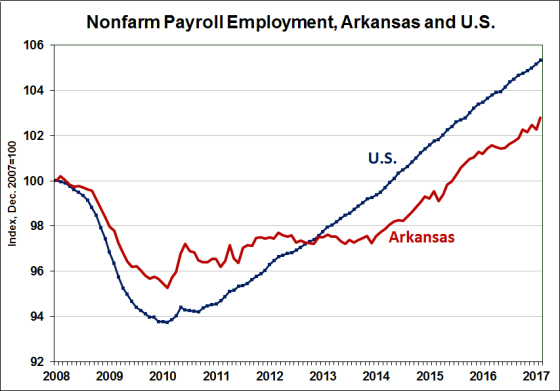