Many economists have been predicting weakening economic conditions as the Federal Reserve hikes interest rates to fight inflation, but the impact on labor markets has not yet materialized.  The data for the final month of the year (released yesterday) revealed stable labor markets both nationwide and here in Arkansas.  The unemployment rate for Arkansas ticked down from 3.7% to 3.6% in December as the number of unemployed Arkansans fell for the first time in nine months (-333).  Household employment and labor market participation both increased in December (by 596 and 263, respectively), interrupting six-month gradual downtrends. National data released two weeks ago showed that the U.S. unemployment rate declined from 3.6% to 3.5% in December. 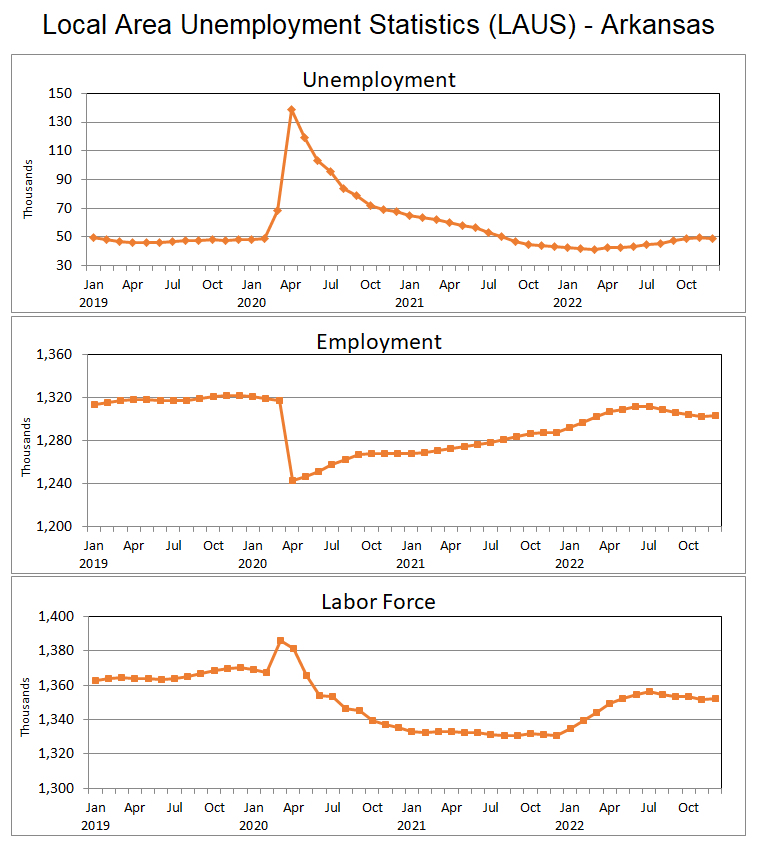 Payroll Employment
From the establishment survey, nonfarm payroll employment was up 2,300 in December (seasonally adjusted).  Gains and losses across sectors were mixed. Sectors with higher employment included Construction, Durables Manufacturing, Transportation and Utilities, and Other Services.  Small declines were reported for Nondurables Manufacturing and a handful of service-providing sectors. 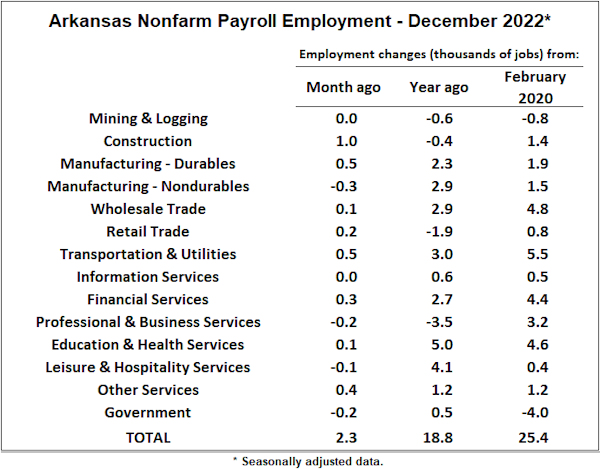 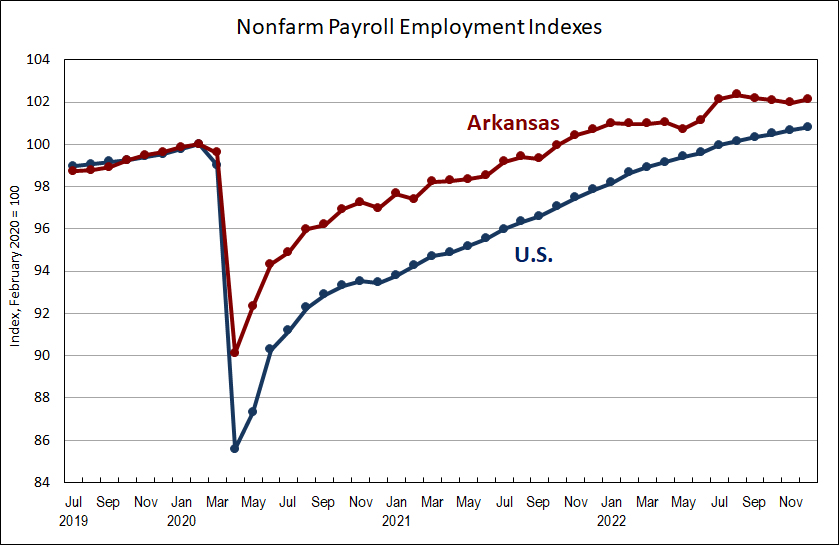 This is the last state employment report before the annual data revision process.  We’ll be back in March with revised statistics for both the household and payroll survey data.