Arkansas’ unemployment rate fell slightly in April, declining from 7.2% to 7.1%.  The household survey reported that employment increased by nearly 1,700 and unemployment dropped by more than 800.  The resulting increase in the labor force interrupted a string of 14 consecutive monthly of declines.   The April increase is a welcome change.  Nevertheless, from its recent peak in January 2012, the Arkansas labor force has experienced a cumulative contraction of 36,800. 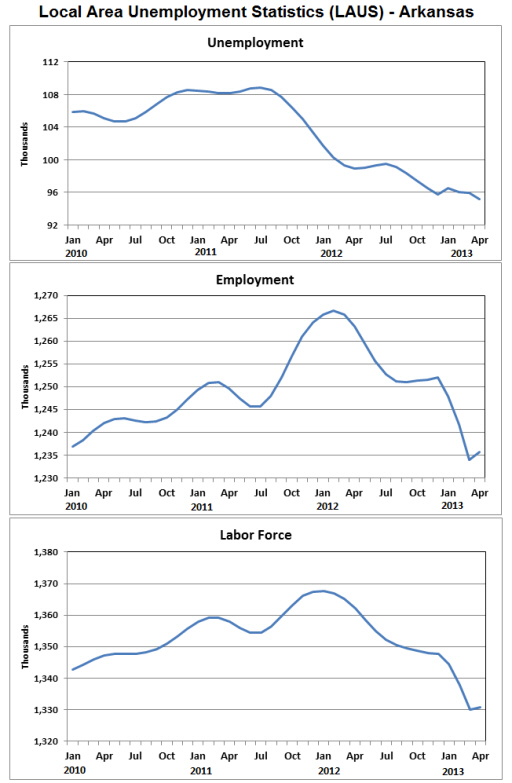 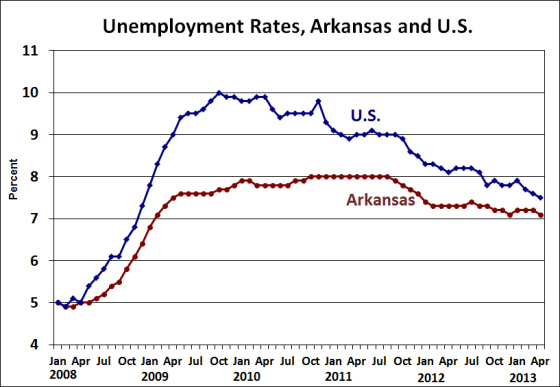 Payroll Employment
Arkansas nonfarm payroll employment increased by 4,500 for the month (seasonally adjusted*) — the largest monthly gain since October of 2012.   Employment in goods-producing sectors was essentially flat, with the job gains concentrated in service providing sectors.  Increases were notable in Professional & Business Services (+2,200) and in Retail Trade (+2,200).  For the first four months of the year, job growth in Arkansas has averaged over 2,000 per month. 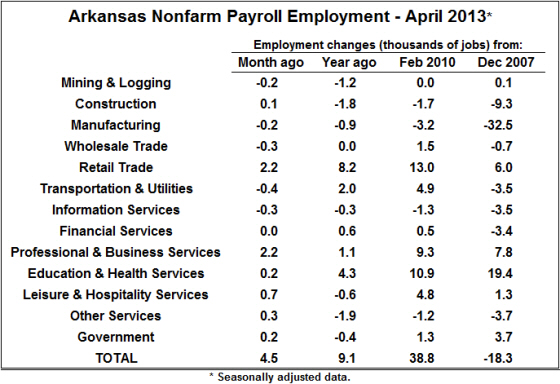 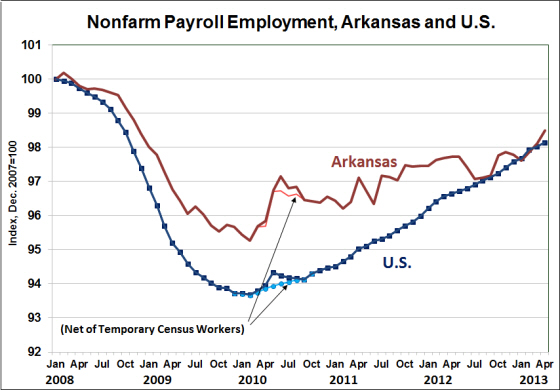